From what I understand as I spoke to friends and through my own experiences, there's nothing in the world like being a parent.  I know there are ups and downs and mabe even sideways you are put through, but they wouldn't trade it for anything.  The last several months have been particularly emotional for me to deal with due to the loss of my mother.

In 1990 my girlfriend in college Jenn got pregnant.  I was 22, and she was 19 it was our second year in college and we seemingly had our entire life ahead of us, we decided to terminate the pregnancy, it was emotional, but the right thing to do at the time.  Jenn and I were together the entire time that we were in college and a little after, we went out for about 5 years, the first two or three years were very intense, we seemingly spent all of our time together and did everything together; unfortunately we did grow apart, as she left school the third year and went back to Binghamton.

We have both lived our lives, I 'speak' to her about two or three times a year, usually thru email.  She has two young sons, one is 12 and the other is 10.  I have a my wife, a dog and 2 cats.  I get a little melancholy when I think about the decision we made all those years it--'it' would have been 21 this year.  What did that lost life have for the future?  Was 'it' going to find the cure for cancer, was 'it' going to win The Tour de France (I'm a cyclist), was 'it' going to find the next big Internet company, etc.  So many questions left unanswered by that dcision so long ago.

I sincerely believe we did the right thing, but knowing what I know now, I would have perhaps labored a little bit more.  I wonder if I were to have a kid, if these feelings would go away, I think they my feelings may be different, but I still would always have this in the back of my mind.

Knowing what I know now, I am still PRO-CHOICE, but when you see the protesters with those signs, I am empathetic.  What do you guys think?

Wow, Shookie.  First of all, I commend you for putting this out there.  It's hard to put something so personal out there to complete strangers.  I also love the way you "owned" your decision, whether you have regrets or not.

I am a "pro-choicer".  I believe it is an individual choice.  It is not a choice I would have made, but I don't believe I have the right to tell others what choices are right for them either.  I was faced with an unwed pregnancy myself, and I chose to go through with it knowing that my child's father would never be in the picture, or if he was, he wouldn't be a great father figure.  It has been extremely tough over the years, but I've never doubted my decision to have my baby.  However, if the circumstances had been different, I may very well have made a different choice.

It is not my place, nor my right, to judge others.  You made the best decision for yourselves at the time.  I believe everything happens for a reason.  :)

Best wishes to you!

Ashok, we all labor with decisions made in the past. Luckily we learn from them as well...both the good and the bad. They make us who we are. If you did not have this chapter in your life on which to draw, you would be a different man. Kids are wonderful and I wouldn't trade anything for my daughter, but it sounds to me like you have much to be happy for in the life you have now.

Ashok - I'm w/ Lina & give you TONS of credit for putting this out there. My condolences on the loss of your mother --- my time & happy memories bring you comfort.  As the mother of 2 wonderful daughters, I'm an advocate of parenting but know it's not for everyone (just look at my by-choice-childless brother!).  I'm empathetic of anyone that has to make the choice between parenting or not. I don't think it's up to anyone to decide that for an individual. There are lots of options out there -- i just pray that anyone in the situation has the faith, love & support in their world to make the decision that is best for them. You stated that you sincerely believe you did the right thing. So don't live w/ regrets... You can't change it. Live life & embrace that gifts it offers us daily!

Like
Ashok R Singh (Shoookie)
Samson Properties - Chantilly, VA
Working hard for YOU UP & DOWN THE EAST COAST!

@Lina and @Brenda, I am not embarrased in any way about my decision, and wasn't looking for any sympathy, that's why I put it out there.  I am sure there are other people who have gone thru the emotions I am dealing with and have come to terms with it.  As far as the content goes, doesn't it get boring just reading about tips from other Realtors and their listings (guilty as charged), blogging should be real also!  Thanks for all the kind words. 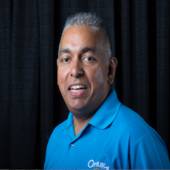 I will write about my ins and outs of days in the fast paced world of Real Estate. I work from the NJ side, where I have access to BOTH NY and NJ. The market moves so fast, look at it today, and if you like it, get an application in--if it's a good one, it's gone as soon as we walk out the door!