I am sure that when every one of us became realtors, we did so with the expectation of helping people with the biggest financial transaction of their lives, and in sharing the excitement of a new home with our clients.  Few of us expected that our career choice would lead us down the road of serving so many people who were on the verge of financial disaster.

That side of our business struck home again when my wife and partner, Donna and I responded to the request of a gentleman that we had met over a year ago.  He wanted to talk to us about listing his home.

Casual conversation turned to the question of motivation, and his answer left us momentarily speachless.  Turns out this retired gentleman, living alone and on a fixed income was facing credit card bills carrying interest charges approaching 24% that he was no longer able to pay.  Coming from a generation that was taught to "do the right thing" and "pay your bills" he was determined to meet his obligations even at the loss of his home.

He was blind to the exorbitant interest rates of 23.9% that were crushing him financially, blind to the irresponsible and uncontrolled lending practices of the past that led to his equity being virtually wiped out over the past 5 years, and blind to what his homeless future would hold - except that he would have done the "right thing" and paid off roughly 1/3 of his credit card bills with the little equity that remained in his home.

We did not take his listing, instead we advised him that we did not think this was a good financial move and we are now in the process of finding a reputable financial advisor who can help him reduce his monthly obligations by re-negotiating the excessive interest rates on his credit cards.

Sometimes you just have to do the right thing.

Show All Comments
Vickie Nagy
Coldwell Banker Residential Real Estate - Palm Springs, CA
Vickie Jean the Palm Springs Condo Queen
Tom based on the way you handled this situatio I think you meant to say ' you just have to do the right thing ', leaving out the sometimes. You have proven that you do try to do the right thing.
Like
Andrew Herren
Craig Massee Real Estate - Milledgeville, GA

Tom, I agree with you. But it's sad to think about how much interest he has already paid over the years up until now. A lot of intelligent people were never taught what questions to ask about their finances.

Usually people can just call the credit cards comapnies themselves and get a % reduction.Many non prifits also handle that for senior citizens. Glad yo were able to guide him in the right direction! 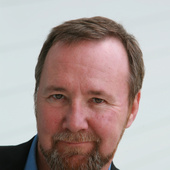