Investors grew a little less concerned about Europe during the week, which was favorable for the stock market but negative for mortgage rates. This week's inflation data also was unfavorable for mortgage rates, and rates ended the week a little higher. This movement differs from Freddie Mac's highly publicized weekly average rate which reported that a new low was reached for the week ending September 15. The reason is simply that the Freddie Mac survey is conducted early in the week and does not reflect the change in rates which takes place later in the week.

On Thursday, five major central banks, including the European Central Bank (ECB) and the US Fed, announced that they will offer a lending facility for European banks seeking short-term liquidity. This aid reduced concerns about the region and encouraged investors to shift to riskier assets. In typical fashion, the stock market was a major beneficiary, while bonds markets suffered losses.

Inflation is on the rise. The August Consumer Price Index (CPI) rose more than expected from July and was 3.8% higher than one year ago. Core CPI, which excludes food and energy, was up 2.0% from one year ago. Late in 2010, Core CPI was increasing at just a 0.8% annual rate. The August Core Producer Price Index (PPI) was up an even higher 2.5% from one year ago. With a highly anticipated FOMC meeting next week, Fed officials must factor in higher inflation levels as they consider additional stimulus measures. 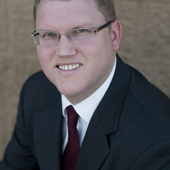