Here's a great blog post that reminds us why the 2008 financial collapse occurred and why it is very likely that it could happen again.

"In other words, three of the nation's largest financial institutions had made more bad bets than they could afford to pay off."

"It's legalized gambling. It was illegal gambling. And we made it legal gambling…with absolutely no regulatory controls. Zero, as far as I can tell."

"It would have been illegal during most of the 20th century under the gaming laws, but in 2000, Congress gave Wall Street an exemption and it has turned out to be a very bad idea."

Anyone with more than a casual interest in why their 401(k) has tanked over the past year knows that it's because of the global credit crisis. It was triggered by the collapse of the housing market in the United States and magnified worldwide by the sale of complicated investments that Warren Buffett once labeled financial weapons of mass destruction.

They are called credit derivatives or credit default swaps.

As correspondent Steve Kroft first reported last fall, they are essentially side bets on the performance of the U.S. mortgage markets and some of the biggest financial institutions in the world - a form of legalized gambling that allows you to wager on financial outcomes without ever having to actually buy the stocks and bonds and mortgages.

Read the rest of the transcript at CBS...

I guess the banks wanted in on some of that gambling action that seems to have spread throughout the nation. 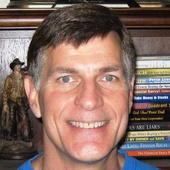