View Photo Gallery —  Maryland state police announced Friday that a 19-year-old student at Bowie State University has been charged with murder in the fatal stabbing of her roommate on campus.

“She said she hadn’t been comfortable with her roommate,” Simpson’s friend, BreYonna Conrad, 18, said on Saturday. “She said they had argued and it almost turned into a fight. She said the roommate would target her. She was thinking about leaving the dorm and just living at home because she didn’t want to deal with it anymore.

<!--{cke_protected}{C}%3C!%2D%2D%20%2Farticle-related%20%2D%2D%3E--><!--{cke_protected}{C}%3C!%2D%2DINLINE_BB%20AD%20BEGIN%2D%2D%3E-->
But her friends never imagined those tensions would turn deadly. Simpson is charged with murder in the Thursday night fatal stabbing of one of her suite mates, Dominique Frazier, 18, of Northeast Washington. She is expected to appear in court Monday.

The incident began as a fight over music and escalated, according to court papers. The two women yelled, then physically fought. After Simpson was pushed into her bedroom by someone else in the suite, she emerged with what appeared to be a knife and stabbed Frazier in the neck, the court papers say.

Before she left, Simpson allegedly said that she “didn’t mean to do it.”

Simpson’s friends said they were shocked by the news. “Our mothers grew up together and we have been friends since before we could walk,” Conrad said “I never saw anything in her that would make you think anyone would accuse her of violence.”

Frazier’s mother, Denise Frazier, has said that her daughter had talked about roommate problems, too, saying one of the women she lived with “tried to take over the house.” But when Denise Frazier offered to call the school to request that they be separated, her daughter told her not to.

Interviews with friends of Frazier and Simpson show that there were similarities between the two. Both young women were fashionable. Both were viewed as outgoing. Both had performed well academically in high school and both were business majors at Bowie.

“That’s what’s so sad,” said Donnie Payne, 52, who lives across the street from where Simpson lived with her mother in District Heights. “Two mothers lost their only children — one to death and one, if she is convicted, to prison. You have two girls with bright futures and now this, over an iPod. It's so senseless.”

Neighbors said Simpson’s mother, Catrina, who could not be reached for comment, works in government in the District.

Simpson attended John Bayne Elementary School in District Heights and Ernest Just Middle School in Mitchellville, acquaintances said. She graduated from Charles H. Flowers High School, where she was known for being immaculate from her hair down to her shoes.

“She was really into fashion,” said Sarah Passley, 19. “She always looked nice. She didn’t do the modeling club at Flowers, but she did little modeling things around.”

Frazier graduated from Friendship Collegiate Academy, a D.C. public charter school, in 2010 with a 3.4 GPA, officials said. Her mother said she started at Bowie State last school year and continued to do well academically. This year she planned to pledge a sorority, her mother said.

Denise Frazier said her daughter told her that she got along with two suite mates but complained about the other.

Simpson’s friends said she unhappily transferred from Clark Atlanta University, where she attended last year as a freshman.

Said Chloe Williams, 18, of Fort Washington, a sophomore at Clark Atlanta who is friends with Simpson: “I didn’t realize she wasn’t coming back until school started, and I was looking for her and people said she had gone to Bowie State.”

Williams said that although Simpson had a reputation for being nice, she sometimes portrayed herself as a grittier person.

Because buying or selling a home is a big decision, Steve Queenwith Exit Bennett Realty is your Real Estate Expert in Bowie, Upper Marlboro, Greenbelt, Lanham, Laurel, Glenn Dale,Crofton, Glen Burnie, Clinton, Hyattsville and all other cities in Maryland and the District Of Columbia. You will have step by step guidance to access resources to make the transaction smooth. Call me today at (202) 367-4348. You are my #1 priority. Please give me the opportunity to prove it.

View foreclosures, homes for rent or purchase as well as obtain valuable information on the home buying and selling processat www.stevequeen.com. I specialize in Short Sales
Like favorite_border
favorite_border 0
Re-Blog
repeat 0
bookmark_borderbookmark

What sad turn of events. . .thanks for sharing it. .

I was on vacation and didn't tune into the real world at all. Very sad. 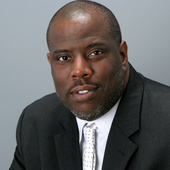