Home > Blogs > suzanne welch > Westchester Homes Real Estate Blog
bookmark_borderbookmark
I just listed a charming home in the very cool city of Peekskill. My love for older homes, gastronomy and local history is sated here in Peekskill; put me down at the river at sunset, with a bottle of red, and I am quite satisfied. As I was driving home last night from a new listing at 311 Depew Street, one of those charmed filled colonials Peekskill is known for, and hey, by the way, did you know Depew Street is named after Chauncey Depew a US Senator in the 1860’s? Well, it got me thinking about what is so great about living in the 10566 area code.
There are so many interesting aspects to Peekskill, and if I was just to mention the magnificent views and sunsets along the riverfront with the gentle mountains that not only change seasonally, but also through the course of the day, it would entice you to see for yourself the depth of history here that provokes you to seek out much more.

What is so cool is the resurrection of a city that got lost in the shuffle, and the loss of the industrial business that flourished and died, but now, again, has come to be a place to live, love and create. The art scene here has been going on for years now and if you have not been to a Open Studio weekend put together by the Peekskill Art Council and the City of Peekskill put that on your list of things to do!

Maybe I am being dramatic in using "resurrect" to describe the revitalization of Peekskill, because there has always been a scene here, that dates back to the 1600's, with even some free lovin' going on...say what ? Okay, Okay, let me back up a few hundred years or so, Peekskill dates back to the 1600's and was a headquarter during the Revolutionary War, as well as an active underground Railroad station during the Civil War, that assisted refugees from slavery. Not too shabby, eh? An early American industrial center, and later big on manufacturing and mills, it was bustling in the later 1700’s. After several raids by the British, the army went a bit north to Westpoint.

You may know of Abraham Lincoln’s stop in Peekskill on his rail journey to his inauguration in 1861 which has been commemorated in a statue by Richard Masloski, also the Lincoln Depot Museum is in the works to restore the former train station into the museum.

I recently wrote a post about Frank Baum author of The Wizard of Oz Journey Down the Yellow Brick road in Peekskill, and his brief but inspirational residency here in Peekskill.

Yes, l digress but you needed a history lesson and it is my post, but I did mention something hedonistic and that’s what I assume you want reading this far into my post.

In the 1850’s, Henry Ward Beecher started coming to Peekskill as a summer resident, and he eventually resided here. Beecher was quite prolific; an advocate for evolution, a popular preacher, and renowned clergyman known for being an abolitionist, a social reformer, and highly regarded by many. Also, brother to author of the anti-slave novel Uncle Tom’s Cabin, check out this link Beecher Family History, the Beecher Stowe’s were on top of their game!

In the 1870's, Beecher was married with 10 children, when he got himself involved in a scandalous publicized trial for having an affair with a friend’s wife. Oy… A highly publicized trial in the 19th century, Wiki says, “The story created a national sensation.. The Plymouth Church held a board of inquiry and exonerated Beecher, but excommunicated Mr. Tilton in 1873.” Tilton being the husband of the woman Beecher had the affair with! It was pretty sensational for back then. And, btw, he is not the one named for the shopping center, that man, Moses S. Beach, was Beecher’s neighbor, and he was a publisher that initiated the Associated Press.

Point being, something has always been happening and many important people have lived, loved and created here.

When you are at a lost to do something, or want to go exploring in your backyard, do go check out the Peekskill Museum at the Herrick House, 124 Union Ave. for anything and everything with the history of Peekskill.
Something new to do is the Peekskill Tolley Tours, a great way to see Peekskill from homes to historical stops.

My fav’s for you to check out:


12 Grapes Very happening! Music, food and fun people!
Birdsall House Craft beer and farm-to-table cuisine
Peekskill Brewery a brewery and a diverse menu that is much more than pub food.
People come from all over for cakes at Homestyle Homestyle Deserts Bakery
I have to mention the fine dining yet casual atmosphere of Zeph's
Nellies Cafe Karaoke and deserts.
,/p> Resouled by Bess
Peekskill Coffee Housefunky and great coffee!
Gotta see... Jeorjia Shea
Bruised Apple Books
Brown Street Studios
The Paramount Theatre
For you etymology enthusiasts, Jan Peek, also known as Jan Peake, was a Dutch mariner of the 17th century.The prefix 'kil' is borrowed from the Middle Dutch word 'kille' meaning riverbed or channel.
Leave a comment and share some of your favorite places in Peekskill.
Like favorite_border
favorite_border 0
Re-Blog
repeat 1
bookmark_borderbookmark

Great post! House is really cute, particularly in terms of curb appeal.  I love the Paramount and the Peekskill Coffee House-good luck with this!

Very cool porch and that is fascinating about all the history in the area  I had no idea.  Very cool.

Don't forget to send me your info.  I can optimize your footer. 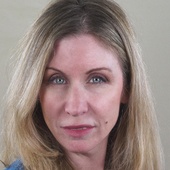