It is very common for me to inspect homes that are older than 1960′s that have three prong outlets that are not grounded.

Originally these outlets would have been a two prong, with one side acting as the “hot” and the other side acting as the “neutral.”  The hot is, for the purposes of my discussion, the supply of power and the neutral is the return.  When well meaning home owners try to “improve” their original two-prong outlets with three-prong outlets they very rarely think about the third prong and what its purpose might be and the fact that there is no wire for the third hole in the outlet.

Often, when I start to discribe what is going on, my client’s thoughts jump their electrical devices not functioning properly.  Proper function of electrical devices is not really what we are dealing with when a ground wire is missing.  The ground wire is merely a backup for the neutral/return, and its purpose is to protect the occupant (you) from shock/electrocution and has very little to do with proper function.

To put this in a more understandable analogy I compare this sittuation to a car.   Ground wires are kind of like a seat belts.  They protect the person from injury and older homes (just like vehicles and seat belts) didn’t have them.  Grounds/seatbelts really don’t effect the way the car drives/electrical device operates.  They are merely a safety devicethat will protect you from injury.  Grounds are not required on a 1950′s or older home, just like seat belts aren’t required on that age car.  Vintage two prong plugs are relatively safe because it is obvious that there is not a ground and you cannot plug in a device that wants the ground prong.

Three prong adaptorsare devices that allow you to plug a three prong plug into a two prong outlet. When three prong adaptorsare used it is VERYimportant that theelectrical box is grounded.  You might be wondering what in the world is a grounded box?   In the early to mid 60′s the nonmetallic wiring changed from a strickly two wire (one hot, one neutral) to a three wire (one hot, one neutral and a newly added ground).  The wiring changed but many of the plugs (two prong) did not change.  The only way to verify if the box is grounded is with atester.  Plug one side into the hot and touch the other to the screw in the center of the outet.  If the outlet is grounded there will be a completed circuit and the light will glow.  This type of grounded box is the ONLY time that the three prong adaptors should be used on a two prong plug!

Now lets say the home we have interest in was pre 60′s and none of the outlets are grounded, what do you do now?   Always, always, always talk to a licensed professional electrician.  The conditions I describe are totally gerneralities and your specific sitiuation may have specialcircuistances that make these general recommendationsless than ideal or even DANGEROUS!  Now with that disclaimer out of the way……..

Grounds are especially important around water sources.   Kitchens, bathrooms, garage and exterior plugs should all be grounded at the least.  These areas are the places that you are most likely to become a great source for electricty to try to jump to ground through you.

I have used this analogy for a few years and it seems to hold up pretty well when describing this electrical theroy.  If you have any questions on how the electricity working in your home please contact your local electrician or of course your favorite home inspector!

Excellent explanation.  Most often it seems that on inspections the inspectors find reversed polarity.  I think that is just the wires backwards or something. Nice explanation, thanks.

Great explanation/summary...inspectors can make or break a sale with the presentation of their findings, your analogy is very good.

Gary,  You are correct about that sir.  The supply and return are backwards and it can be dangerous! but usually very simple to repair.

Lisa,  Very true.  It can be a razors edge that we inspectors walk.  Thanks! 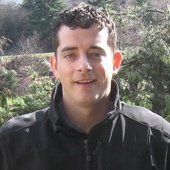