The contemporary Mediterranean, built in 1985, has been updated throughout. In addition to the main house witha two-bathroom master suite and four other bedroom suites, a two-bedroom, two-bathroom guesthouse and a 2,500-square-foot detached gym with a boxing ring are on the property. The actor trained there for his starring role in “The Fighter” (2010).

The 1.75 acres include a swimming pool with a grotto and waterfalls, a putting green and a sports court. 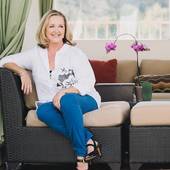