As an Indiana native, Colts fan, and Realtor, I am wondering how, if at all, the Colts start to the 2011 season will affect real estate traffic through open houses on Sunday afternoons?  I know for the season opener, I was holding an open house and traffic was unusually low being scheduled the same time as the game.  Now with Peyton Manning on the sidelines indefinitely, will fans venture out on Sunday afternoons to house hunt instead of watching the fate of the Indianapolis Colts?  WTHR has reported that local businesses that normally thrive during the Colts season, such as the Blue Crew, are slower than in past years. 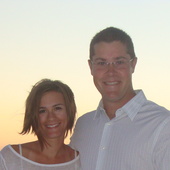