The term "American Dream" is often thought of in connotation with homeownership.  People dream of a  place to call their own, a picket fence, a garage and a backyard. Every two years, the real estate website, Trulia, surveys Americans on their views on homeownership. This year their released data shows that, despite the recession and despite foreclosure increases, most adults consider their personal American dream to own a home.

Of those surveyed, eighty percent desire to purchase at least one more home in their lifetime. They are not actively looking but it is on their mind. Sarah Stelmock, a broker in Fredericksburg. Vermont, says it is inevitable that people will buy because real estate is one of the best investments available. Even the young generation, the Millennials aged 18-34, dream of homeownership. Sixty five percent claim it as a major part of their American dream. The only factors that worry them are saving enough for a down payment qualifying for a mortgage, and job stability.

The information gathered in this year's survey showed that people are not as interested in large homes. Dubbed the “McMansion” by Trulia, these homes are over 4000 square feet and often located in suburbs and rural areas. The up and coming homeowner is more interested in urban areas and being close to their work and shops.

In Bend, Oregon, thirty one percent of the population is between twenty and forty.  Looking at trends from the Trulia survey there is a large portion of the population here interested in purchasing. They will be looking for residences close to the colleges, the grocery stores, and their workplaces. If the questions of down payment, credit, and job stability can be solved, now is an opportune time for them to enter the housing market and fulfil their American dream of homeownership.

The American Dream of home ownership is very much alive I am proud to be able to help those who are ready to find their dream homes. Thanks for sharing.

Thanks Pat, I'm proud of this profession as well! 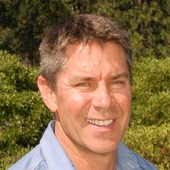