Gov. Scott and GOP:  Want to take courts out of foreclosure process to speed it up the process and boost the economy.

Supporters of this concept already used in nearly 30 states – say it will speed foreclosures, get houses back onto the market and boost the economy.

Non-Supporters- say it puts property owns at the mercy of the banks.

And the House Civil Justice Subcommittee on Tuesday heard a presentation on foreclosures detailing states that include courts in the process versus those that don’t.

Right now, Florida is one of 20 States that require all foreclosures to go through the court system taking about 638 days to complete the process and ranks 6th with the highest foreclosure rate in the nation for 2011.

That’s too long, Scott said in a recent interview with the Times/Herald.

“It’s not good for anybody in the process,” he said. “It costs money. Either the homeowners lose money or the lenders lose money, and the longer it takes, it slows down what actually happens in the real market.”

Scott said he is eager to learn more about how making the switch might impact Florida’s housing market.

For point of reference, other states with high foreclosure rates such as Michigan, Arizona, California, and Nevada court action is not required. On average, foreclosure proceedings in those states take from 392 days in Arizona to 511 in California, according to a Jacksonville- based Lender Processing Center. This is just about 127 days less than Florida when compared to California, not much speedier in my opinion.

In 2010, the Florida Bankers Association pushed unsuccessfully to change the state’s law so judges didn’t need to sign off on foreclosures, a process called non-judicial foreclosure.

Are you for or against the change?  Not from Florida, than how does your state complete the foreclosure process Judicial or Non-Judicial?

I want to know what others think or feel about this… So, make sure to drop me a comment to Speak Out about this supposed change in the Florida legislation or to offer insight from other states.

I look forward to hearing from you J

We also use Deeds of Trust and we are a non-judicial state and I can tell you we're getting through this economy and housing market in record time.  They need to make changes in Florida to get this over, and fast!

Thanks Jan and Lloyd.. That is good to know..

However, I have a question.. How are homeowners rights protected and how do they fight to keep their homes? How long does it take in your non-judicial states? 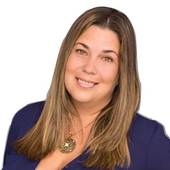