I recently was listening to Philadelphia Phillies manager Charlie Manuel describe players who show up to the field without really wanting to play. He went on to explain the "positive mindset" and how it translates to the performance on the field. He explains how a pitcher, when facing a top homerun hitter, is being called to throw the fastball yet in his mind he is telling himself not to throw this particular batter a fastball. He ultimately throws the fastball and BAM! A mammoth Homerun!

WHY? Charlie says because the pitcher DIDN'T THROW THE FASTBALL! He already made it up in his mind that he didn't want to throw the fastball, so what resulted was a half-hearted effort to throw a fastball.

Baseball fans will understand this analogy. A half-hearted fastball is straight, up in the zone, no late movement and no zip. Those pitches get crushed. IT IS ALL IN THE MINDSET! IT'S NOT ABOUT GOING THROUGH THE MOTIONS.

Charlies continues to say that if a player doesn't really want to play a particular day, he doesn't want him to play. I feel the same about real estate agents.

I manage 20+ agents and I look at running a real estate office as a small sports teams (we are far from being the Yankees, Red Sox or even Phillies; We are more likely compared to Oakland, Miluakee and Florida). Sometimes I want our agents to PRODUCE MORE THAN THEY WANT TO PRODUCE! We have great splits that cap,a nd fee programs, so the financial incentive benefits them more than me. Which leads me to wonder, DO THEY REALLY WANT IT?

We have become a society of entitlement. I only assume this has happened over the last 20+ years. this does not include everyone of course - which is wh that stat of 90% of the business is done by 10% of the agents. Perhaps that is a bit skewed, but it serves its point.

If you are an agent and you read this, ask yourself this question: DOES YOUR BROKER WANT IT MORE THAN YOU DO?

Then look long and hard in the mirror and ask yourself why? 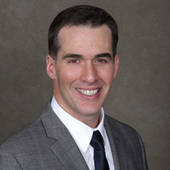