This makes all of use very angry so I just had to post the article. It's bad enough that so many people have no choice but to loose their homes but this should be outlawed.

Gene Kessler, 67, may be the new face of mortgage default. The tech industry retiree is in the process of walking away from the home he purchased for $166,000 in 2004 in a small town 75 miles southwest of Minneapolis.

Its value has plummeted to $111,000, wiping out Kessler's $45,000 down payment and leaving him with a mortgage that's more than the home is worth. He stopped paying the loan six months ago, and estimates he'll have to vacate by March 2012.

But Kessler isn't in financial trouble, and he could afford the monthly payments. He has no other debts and two pensions from former employers, as well as Social Security. He also has a woodworking hobby, and runs a small business selling the artisan lamps he makes in galleries. He's single now, and his two children are grown and gone.

"I was looking for a way to get back to a larger city, and this was the only way I could get out of this house," says Kessler, who paid $800 to YouWalkAway.com to help guide him through the process known as strategic default. He's anticipating a move to a warmer climate and a more active art and dating scene in Santa Fe, N.M.

First notices of default jumped 33% in August, a nine-month high and the biggest month-over-month increase since August 2007, according to figures by RealtyTrac released Wednesday.

"There are 3 million to 4 million seriously delinquent mortgages that under normal circumstances would be in foreclosure but have been kept out by procedural delays and paperwork problems," says Rick Sharga, RealtyTrac senior vice president. The recent spike in foreclosure starts suggests lenders are "hitting the restart button" on cases that were delayed by documentation problems such as robo-signing, he explains.

There's no data on the demographics or financial histories of the people receiving recent default notices. But among them are some homeowners who have never defaulted on a loan before, at least according to one poll. YouWalkAway.com surveyed several hundred of its clients earlier this year, and just 23% said they had previously shirked a financial obligation.

"The people we are now seeing are nearing retirement age, who never missed a payment on anything in their lives," says Jon Maddux, co-founder and CEO of the Carlsbad, Calif., firm. "They are trapped. They can't sell or get a modification and they need to downsize or move for a job."

Attitudes toward default have also shifted, Maddux says. "Back in 2008 people were very emotional, very scared, in disbelief or denial," he says. "Now they are simply fed up. It's a very calculated, black-and-white business decision. People feel very relieved."

A more widespread understanding of the consequences of default may be a factor, says Brent White, a University of Arizona law professor and author of Underwater Home.

"The conventional wisdom is you are ruined and are not going to recover," says White, who wrote a widely circulated discussion paper on the topic. But in so-called "non-recourse" states such as California, the bank can only foreclose on the property and resell it. If the price is less than the amount owed on the mortgage, the lender can't sue the homeowner to recoup the shortfall, says White. Even in recourse states, the bank is unlikely to go after the homeowner following foreclosure, he argues.

"The vast majority of those who default end up doing a short sale and that discharges the deficiency," he says. "If they are pursued, they can negotiate to pay less than the full amount. A savvy person who retains an attorney or other knowledgeable person to walk them through the process will likely get through default without having to pay a deficiency judgment. Most people will have a good credit score again within a couple years."

But John Ulzheimer, president of consumer education for SmartCredit.com, disagrees, at least for consumers new to default. "If someone who has never missed a payment suddenly puts their home in foreclosure, their credit score is destroyed," says Ulzheimer, who previously worked for a credit bureau.

"If you already have payment problems on the mortgage and defaulted on other accounts, [foreclosure] may not have a material downward impact, but it will lock in a lower score for a long time," Ulzheimer says. People who stop paying the mortgage can minimize the credit score impact by using that free cash flow to pay down other debts, such as credit cards, he adds.

But just because the bank doesn't pursue homeowners today doesn't mean it won't tomorrow, argues Ulzheimer. The statute of limitations to sue on contract debt in recourse states ranges from three to 15 years. "Some people think that's the next shoe to fall," he notes.

Friend owes $389,000 on 30-year mortgage at 6.75% that can't be refinanced. The difference between her costs and the rent she can collect on the property is about $1,300 a month. Even Friend's property manager has suggested she default on the investment.

But she refuses. "It's a big time moral issue," says Friend. "If you make a contract, you agree to the terms. It bothers me that people get up and walk away. I don't want that on my credit report."

Moreover, Friend made a $160,000 down payment using money inherited from her grandparents. Her grandmother was a self-taught investor from a farming community who married her first husband (of five) at age 14 and eventually made a fortune in stocks. "She would grab all the granddaughters in her pink Cadillac and take us shopping," Friend recalls. "We were not allowed to take things in shopping bags -- she insisted we had to have them in boxes. We all adored her."

"I love and believe in real estate," adds Friend, who purchased two other homes in the 1980s that are still worth far more than she paid. She bought the properties for income in retirement, and plans to bequeath them to her three daughters.

Friend should ask her lender how far the mortgage needs to be paid down in order to refinance, advises Keith Gumbinger, vice president at HSH Associates, a mortgage information publisher. He estimates she would need $160,000, possibly more, to do a cash-in refinance on the property. But even if she could refinance, it still wouldn't fully close the shortfall between the rent and her costs, and it may take decades for the house to recover its value.

White says underwater homeowners should figure out if they are paying substantially more to own a house on a monthly basis than they would pay to rent a similar property. "Even if you are thousands of dollars underwater, if you are paying the same as you would to rent, you don't gain that much financially by defaulting," he says. (The survey by YouWalkAway.com found a quarter of respondents saved 50% or more on housing expenses when they rented after their default.)

In addition, someone who will need a good credit score to run a small business or borrow to meet a goal, such as a child's college education, should avoid strategic default. "If you have a particular need for easy credit in the future, then it doesn't make financial sense," White notes.

As for Kessler, he is looking forward to biking, tennis and skiing in the Southwest next year. "I don't feel guilty at all about walking away from the place," he says. "The banks really did it to themselves. They made a ton of money with me over the years. I owned four or five houses. But I don't think I'll ever buy another house. I'll probably just rent until they put me in a nursing home."

Wow.  It's a shame that this economy has brought about such a dramatic shift in attitudes regarding financial obligations.  My parents told us to pay off any bills and mortages right away and never live above your means.  In this current environment I've seen people try to do the right thing after a job loss or illness by negotiating with banks to fulfill obligations and they were met with a brick wall.  Because they were dealing with other stressful life issues they just gave up.  They stopped paying the mortgage and left for a new life elsewhere.

I did read it to the end, however. 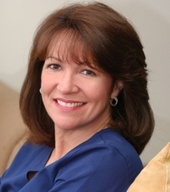