Once again, The D.C. area has won out over other much larger metropolitan areas as the winner of the "nation's worst traffic." I have lived here almost a quarter century, I can tell you that it is the #1 issue and has been as long as I have lived here. Back then we were in the top 5, not #1.

The D.C. Metro has a strong and robust economy. Sure the government helps keep the economy moving. Did you know that tourism, both domestic and international, was a large part of the D.C. economy? Again, that likely has a lot to do with the government being here and that we are a stones throw from Philly and New York. I have taken many a day trip to both. If you are a Civil War buff, many of the battlefields are in our backyard. Gettysburg is only about 90 minutes away (not in rush hour though).

Now to the meat of the subject. STOP READING THE NATIONAL HOUSING REPORTS! They just don''t matter here. I have clients that are moving in from other areas and are wondering why their low ball offers are being countered at list price or are totally ignored. This is not Florida, California, Nevada, or some other hard hit area. Foreclosures sell at close to market value depending on condition. You can get a better deal on a short or HAP sale but there is the risk of waiting and ending up with nothing. Call me if you want more information on how that works. I will be glad to guide you on that topic.

The economy here is good to great, relatively speaking. Waiting for a better deal may not happen.. After all, you won't know that the bottom has been hit until the prices and interest rates start going up. Prices have moved up since 2009 locally. (We hit bottom around March 2009 in this area).  A house at a price you would have paid in 2004 and a 4% interest rate on a 30 year fixed should be enough to get you to act.  Let's go find that home you always wanted at a price, and hopefully, you will look back at and say "Wow! That was a good deal!"

Educating buyers and sellers that real estate is regional is not easy. Good for you that you are in such a healthy market. 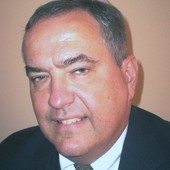