The developer of Brickell Key is moving ahead on plans for a mixed-use development, which aims to create an urban retail destination.

The developer of Brickell Key has unveiled its long-awaited plans for a nearly $700 million urban shopping and mixed-use development spread over 9.1 acres just west of Brickell Avenue and south of the Miami River.

The project would create 1,700 jobs during construction and more than double that once completed.

Swire Properties will take the first steps this week toward a fast-track government approval process necessary for the 4.6 million-square-foot project that aims to create a retail destination unseen before in Miami’s urban core. The project – designed by Miami-based Arquitectonica – would also include restaurants, a hotel, office towers and apartments or condominiums, spread over a four-block area connected by bridges and covered walkways.

“We really see Miami as about to take the next and final step to become a true urban city, but retail is the missing link,” said Stephen Owens, president of Swire Properties. “Retail creates the pedestrian experience. In some ways what we’re trying to create is the Main Street like you have in most urban cities. Our goal is to really become the anchor for the urban area.”

Construction could begin by the end of 2011. Miami Mayor Tomás Regalado is a major advocate for the project.

It’s the first development of this magnitude submitted under Miami 21, the new zoning code designed to encourage more pedestrian-activity through mixed-use development.

That vision is similar to what Swire, the Miami-based development arm of a Hong Kong conglomerate, has had in the works for more than two years. Swire acquired the first parcels of undeveloped land for Brickell CitiCentre in October 2008, just after the nation’s financial markets collapsed amid the worst recession in decades and land prices started to drop.

Conservative by nature, Swire Properties chose to sit out much of Miami’s real-estate boom passing on high-profile sites because it didn’t want to get into a bidding war. The company prefers to buy land in the down market and launch new development just in the early stages of a recovery.

“When markets are over heated we tend to not move very fast because the probability of oversupply is very likely,” Owens said. “One of the keys to building now is to be in position when the markets are robust again. If one waits until the obvious indicators are there, then you have a lot more competitors out there and construction costs increase dramatically.”

wire’s ambitious plans call for trying to obtain final approval from the Miami City Commission in July and beginning construction by the end of this year or early 2012. The bulk of the project would be built over the course of four years, with a second phase featuring the majority of the office space and a second residential tower scheduled for a later date based on market demand.

While some question the ambitious timetable, they believe Swire is the type of developer that can make it happen.

“The size of this development has got to be over a 10-year program or more,” said Michael Cannon, a local real estate industry analyst. “If anyone has the capital to do it, they do. They have patient capital. They apparently have made a commitment to Miami.”

Swire would likely fund the development itself, if it doesn’t secure traditional financing, Owens said.

Brickell CitiCentre is expected to generate $1 billion in overall economic impact, according to a study by Miami Economic Associates. The benefits would include 1,700 construction jobs for each of the four years of construction, plus 3,800 jobs upon the project’s completion.

“This is a huge complex that will bring to Brickell Avenue, downtown Miami and East Little Havana an energy it has never, ever seen before,” said Regalado, who will take the nontraditional step of presenting a developer’s project to the City Commission. “I think it needs to carry the clout of the office of the mayor to send a message that this is a huge project for the city of Miami.”

The last major project of this magnitude was Midtown Miami, but that development is being built in phases and spread out over a larger area. Midtown also includes more residential towers and big-box retail.

Brickell CitiCentre is a natural next step for Swire Properties, which bought the deserted Claughton Island in 1980 and turned it into Brickell Key, a secluded haven of high-end condominiums, office buildings, a Mandarin Oriental hotel and a smattering of retail shops and restaurants. With only one undeveloped parcel left on Brickell Key adjacent to the Mandarin Oriental, Swire set its sites years ago on finding a new venture in the heart of the Brickell Financial District.

Swire paid $41 million in an all-cash deal for the first two undeveloped parcels that form the core for Brickell CitiCentre, straddling South Miami Avenue. The land had been on the market during the boom for as much as $110 million and the original plans for a different version of a mixed-used project with the same name were designed by a group headed by J. Kevin Reilly. But Swire acquired the property after the lender iStar Financial took the property back from Reilly.

The final parcels – the Brickell Tennis Center and the Eastern National Bank headquarters – were acquired earlier this year for a total cost of about $27 million. The additional acreage was necessary to get the site over the nine-acre threshold needed to apply for a special area plan under the terms of Miami 21.

Brickell CitiCentre is modeled after similar projects that Swire’s parent company has developed in Asia, including Pacific Place in Hong Kong. The first phase would include about 500,000-square feet of retail shops and restaurants, a 290-room four-star hotel, two eight-story office towers and a residential tower with about 270 units.

The retail would likely be anchored by at least one department store, plus a mix of luxury and moderate retailers focusing on fashion brands and home furnishings, including national and international brands, Owens said. The project would not contain big-box retailers like Target or Best Buy.

Retail industry experts agree that the dense urban area has enough consumers to support the project. The challenge will be luring retailers away from other shopping centers or persuading them to open an another store.

“It’s certainly going to give Merrick Park a run for its money, as well as Dadeland,” said Cynthia Cohen, president of Strategic Mindshare, a retail consultant with a Miami office.

The key, she said, would be the name-brand anchor stores.

“If you’re going to steal retailers from Dadeland or Merrick Park, you’ve got to make them a better deal. Those better deals have a financial impact on your pocket. They have to be willing to play this out for the long term.”

Should be a very exciting project for downtown Miami! It will transform the area. Great post! 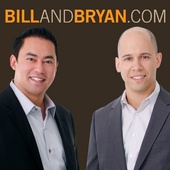