Windsor was the fastest growing community in Sonoma County for much of the last several decades. Residential subdivisions were being created on both sides of highway 101 and people fretted that Windsor sprawl would chew up the greenbelts between Santa Rosa in the south and Healdsburg in the north. Thanks to urban growth boundaries and the collapse of the housing bubble, we still have the greenbelts. Residential sales have been strong in 2011.  Month by month variations in the mix of sales types are typical in Windsor. The first chart shows both total sales and the breakdown of sales activity among REO, short sales, and open market sales. The year started with a relatively slow January and February, but then had a storng spring and early summer. The first part of the year featured fairly equal market shares among the three sales types. More recent moths show a growth in open market sales, but REO and short sales continue to be a big portion of the Windsor housing market.

July was unexpectedly slow, but it may have just been the way the calendar worked for closing transactions since August seems more in line with May and June. Pricing has been reasonably consistent during the year. The second chart shows the distribution of prices according to sales type. Every month except Januar the open market sales are the highest average value with short sales and REO transactions switching back and forth for second place. If I had to call out a trend on this chart, I would say the tendency for pricing to max out around $350,000 is the key point. Some months have higher averages for open market sales, but $350,000 would have been a good guess both in January and August, both ends of this chart's data. Short sales have averaged closer to $325,000 and REO properties have been closer to $300,000. You can't submit an offer based on those figures, but they're a useful starting point. The expertise of agents gets a good airing out in the third chart. I wanted to look at the comparison between the original listing price and the final selling price. It's a good indicator of the ability of agents to correctly pinpoint the market value of a residence. However, as every real estate agent knows, sometimes sellers aren't realistic about the current value of their property. This chart is flavored by seller input into pricing. The number I'm happiest to see here is REO pricing in the final two months, July and August. It's clear that the REO listing agents have nailed their pricing to the real market. On the other side of that are the big discounts from original listing price, primarily in short sales, but also open market sales. In the same July and August time frame where I praised REO listing agents, the average discounts for the other categories were over $20,000. Earlier in the year, mis-pricing in the $30,000 and $40,000 range was not unusual. It's clear that agents were having a hard time figuring out where the market was centered.

Windsor will continue to be an active real estate market with a decent mix of homes built after 1980 with many built in the early 2000's. Most of the foreclosures from houses sold early in the bubble have already happened. Many subdivisions have already had nearly complete turnover of residents so that fewer homes are underwater or distressed. However, there are still plenty of distressed homes on the market and short sales and REO properties will continue to figure strongly in the Windsor market. 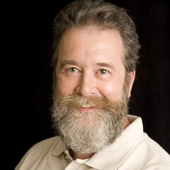