I have written about this before, but it is a subject that fascinates me, and I suppose takes the rather mundane concept of selling real estate to a different intellectual level, even if it is in my own head.


I went back to get my brokers license for a variety of reasons, but a major one was my dislike for "salesperson" on the business card. I have the same stigma attached to salespeople, as others, and whatever that word conjures up, be it the used car caricature, encyclopedia peddlers or the guy in the red shirt at Circuit City, there is a negative stereotype attached to salesmen.

I suppose it is the one bad apple theory, but we have all had that one or two week salesperson stalker, the guy who couldn't take a hint, who calls repeatedly, despite no response, and fills your answering machine with messages filled with cheery fake energy. In his mind he is being diligent--going after it. I have heard speakers who preach this sort of tactic, and to me it is hogwash. Abrasiveness does not sell. I have a strict two call policy. If I do not hear back, the person is not interested. I'll put them on a drip email campaign, and forget about it.

But what I find intriguing is how and why people on both the buying and the selling side act, and react. If you apply the pretty universal thought that people are basically governed by seeking pleasure, while avoiding pain (and more powerfully the fear, or perceived notion that pain will come directly from ones actions) then it gets a little simpler, but since everyone interprets what brings pain, and even what pain is, differently, it really doesn't get any simpler.

I have said it before, but the only two times I see a buyer truly happy is when they see the house they are going to buy for the first time, and at the closing table. The whole process in between, even to the staunchest most seasoned buyer, is filled with uncertainty. And there is always, (and I mean always) something. From title issues, to mold, to buried oil tanks, a buyer will cling to a fear, and bring it along, throughout the process. Through the early days, It would bother me, and I would cling to the notion that the problems were somehow an aberration,. Now I see them as a necessary step for the buyer. Fear of change must manifest itself somehow, and if the buyer feels he is being as diligent , it can ally those fears.
I'm not discounting a buyers legitimate concerns, and many times they are legitimate. But the interesting thing is how they are perceived by the buyer. I can show the same house with the same sump pump in the basement to two different people, and one can barely give it a glance, make a comment about how they had one in a previous home, but for the other, a wet basement is an immediate deal killer. And there is nothing I can say to change that perceived idea.

And the question needs to be asked, do I really want to change that idea? Is that the correct route to take in "selling'? I don't think it is. And again this is personal perception, but I really dislike the persuasive sales tactics. I don't have the personality or "skills" necessary to do that. And I am doubtful that type of manipulation is even possible. Perhaps you can sway one or two, but the amount you turn off in attempting this, defeats the purpose.

To sum it up, I think that when dealing with a home, whether on the buying or selling side, you are dealing with memories, huge sums of money, someone's safe haven, the place where all your stuff is, (which is often how people identify themselves.) I could go on and on, it is your home base. Of course it is going to evoke pretty powerful emotions when that is shifted.

And to observe the way different people react throughout the process, and then try to help them is what makes this job interesting. 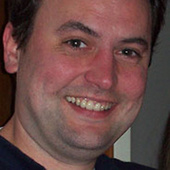