Today as I was reading the Active rain blogs I was inspired by two of them “Pay if forward by Russel Ray” and “Pet Lovers- You will be touched by Kwee Hust”.  I had every intention to blog about an experience I had on September 20th but as of this morning had still not done so. So thank you Russel and Kwee for inspiring me to do it.

My day started hectic as normal, I left my house at 6:45 so I could drop off my grandson at school by 7:30. I had lots of paper work to do before the office meeting at 11:30, so I needed to get there early.

After dropping off my grandson, a feeling of guilt took over and told me it had been a couple days since I had seen my parents. Since I was already in Linden I decide I would pop in and say hi. My parents live about ten miles from the school and it would not be that much out of the way. There are two routes I could take to my parent’s house, the busy hwy 26 or a rural route down a country road lined with orchards, as usual I choose the country road.

After driving a couple miles I turned off on Milton Rd., a curvy tree lined road with an occasional farm house. As I rounded a curve in the road I noticed several small dogs, two large boxes and a large bag in one of the orchards. As I approached the scene it was obvious that these dogs had been dumped. I pulled over the car and got out. The stench of death filled the air to the point it was breath taking. The bag I mentioned earlier was the source of the scent and not a very pleasant site.

I went back to my car and as tears filled my eyes I placed a call to my husband, as always he was very supportive and told me to do what I needed to do.  So I began to gather up dogs, out of the 7 dogs I was able to catch 4.

I placed a call to my dad and he brought gloves and a kennel, we continued to try to catch the three other dogs but were unsuccessful. At this point an hour had passed; having no idea of what to do next I look up to see the county dog catcher heading toward us. Apparently the dogs had been dumped a couple days ago and several concerned citizens had placed calls to the county to report it.

As I watched the traps be set for the 3 dogs I decide that would not be the density for the 4 I had already captured. So I thanked everyone for their help, hopped into my car and headed to the office with four new passengers. When I reached the office I began to place calls, it appears the no kill shelters and fosters homes are already over crowed and not so willing to take on new occupants. I loaded my new found friends back into my car and we headed home.

On September 20th they were wild and scared dogs, they hind in the corner of the kennel whenever we were present and would not leave there safe environment until we were a distance away. Today marks 8 days from the incident and as I went out this morning to clean and feed they are playful and loving and willing to give lots of puppy kisses.

How sad that anyone would be willing to abuse a loving animal that is so willing to give them unconditional love. I feel sorry that they have missed out on such an opportunity, and grateful that I was provided with this one!

Pearline - Sorry, after the meeting I forgot to ask ... did you get this cute pups placed?  You're all heart ... and the very best of that kind!

Like
Pearl Yocum
208 Real Estate - Sunol, ID
Associate Broker
I was able to get the two young puppies placed but still have momma and the little male dog. Thanks for asking and thanks for the compliment.
Like
Not a real person
San Diego, CA

Monday is my Happiness Day.
I visit as many blog posts as I can throughout the day
and spread happiness, which means I probably didn’t read this post.
I just stopped by to spread some happiness.
Feel free to delete this comment if it doesn’t make you happy. 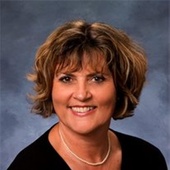 over 10 years ago
bookmark_borderbookmark
What will I be adapting to in the future?
View more Recent Posts   arrow_forwards