A Peacock Kills the Deal... As I was unlocking the door (2nd showing) to this beautiful home on the north tip of our glorious Longboat Key, the buyer, who had taken a stroll out back, came running around the front and said, "Nicki, don't bother with turning on the lights..." and as he was saying it, I opened the front door and there they were, female Peacocks sitting on, pooping on and dropping their feathers on, the beautiful architectural balcony of the $1.2 Million Dollar home. He said when he went out back, they were sitting on the steps and walking all over the yard.  I looked out.  There were about 10 of them.  None of them beautiful, as the females are not beautiful.  We had a good laugh, but I explained that if he put a caged pool in or even a caged lanai, it would take care of the problem.

He said since it was a second home for awhile and he would only come a few times a year, he didn't want to worry about a balcony full of Peacock poop and feathers.  When we got in the car, he said, "You know, I heard they are good to eat!"

Oh well.  We found a better place for him, so the Peacocks killed THAT Real Estate deal, but not MY real estate deal!

It's okay with me.....gave me something to write about!  By the way, this home is absolutely stunning inside.

Show All Comments
Rainer
67,222
Keith Perry
Coldwell Banker - Hiram, GA
REALTOR - West Metro Atlanta
LOL now that is too funny. I had a few dozen Guinea hens do the same but never Peacocks. At least you had an honest buyer.
Oct 28, 2007 02:07 AM
LIKE
#1
Rainmaker
731,502
Christine Bohn
RE/MAX Professionals - Gainesville, FL
The Bohn Team, Gainesville FL
Nicki....that's a great story!  I didn't know they were a poop hazzard LOL - but I have always heard that they are excellent "watch dogs" and very territorial with "visitors".  Be glad you weren't attacked.
Oct 29, 2007 10:08 AM
LIKE
#2
Anonymous
Barbara

We have Peacocks too.....and I'm trying to find out what peacock poop looks like, since we also have racoons,opposums, skunks and armadillos.  Our neighbor and we have found poop in our back yards....and have seen Peacocs flying over the fences into our back yards, and they walk the streets in our neighborhood.  They mostly live in a Green Belt area near a creek.  Some of the residents just love them and have large mirrors positioned in their yards for them.  They are very messy, and dig in plant beds, and we're afraid of them.  They have also attacked vehicles because they can see themselves in the finish.  The poop we have seen is small, black and looks like it's from a very small dog.   No dogs have been in the yard.  Strict leash law.  Could it be from a Peacock, or does their poop look the same as other birds???   Thanks much!!  B.

P.S.  Sorry you can't sell that beautiful home, but I wouldn't want to live with Peacocks either.  I've seen them in lots of Florida areas when visiting there. 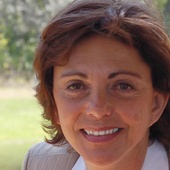