At Tuesday morning’s Lubbock City Council meeting, the council decided to hold off on a final decision on an LP&L rate increase.

LP&L officials cite price increases in wholesale power, and that the proposed hike has nothing to do with the Xcel acquisition.

District 3 Councilman Todd Klein originally proposed doing away with LP&L rebates being sent back to customers, and instead use the money to lower rates and pay down the utility’s debt load. Klein changed the resolution to have Lubbock’s Electric Utility Board make a recommendation on the matter before the end of 2011, which was approved unanimously.

In a presentation at the meeting, Don Cullon, LP&L’s director of system planning told the council that since the last rate increase in March of 2009, the company has seen wholesale power cost increase between $12.7 million and $16.6 million. Cullon also said that the Electric Utility Board wanted to cut down on using debt to finance capital projects, having increased the utility’s debt load by $9 million for the 2010-2011 fiscal year.

Due to the high temperatures this past summer however, LP&L’s gross profit increased far beyond original expectations. Due to the increased energy consumption, the utility will likely add an additional $6 million profit to the nearly $8 million estimate originally provided last year. That increase leaves around $2 million in cash reserves for the 2010-2011 fiscal year, a far cry from the $4 million cash shortfall originally expected.

Under the proposed rate increase for a residence that uses 1000 kilowatt-hours, the stage 1 hike would cost $6.94 more per month as an annual average. The winter rate would increase slightly more than the summer rate.

“I’m not interested in voting for a rate hike now, or in January,” Beane continued.

Other councilpersons, including District 2 Councilman Floyd Price, District 5 Councilwoman Karen Gibson, and Mayor Tom Martin voiced that they were against the rate increase, but the Council voted to wait until the Electric Utility Board has time to consider Klein’s resolution.

The motion carried 6 to 1, Beane dissenting. 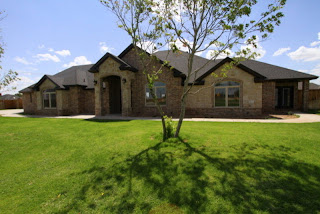 My Electric bill is high enough. I dont need rates to go up.

Resource for Real Estate and Community Info in Lubbock, TX and the surrounding areas.