Named after Dr. Worthington Hooker a former professor and physician at yale University the original school built in 1900 is located at 180 Canner Street and is now home to students kingergarten through grade 2.  When it was not large enough to accomodate all nine grades, students in grades 3-8 were moved into the former Saint Stanislaus School on State Street.

After the completion of an 18 month renovation project on the main building in the spring of 2007 at a cost of $12.9 milliion plans were also underway to build a new building for the middle school students.  The new school located at 691 Whitney Avenue officially opened in December 2009 for grades 3-8 at a cost of 36.5 million.

The majority of the student body of Worthington Hooker School is made up of children of Yale professors and graduate students.  It is New Haven's most culturally diverse school and reported as the highest achieving school of the City of New Haven's K-8 public schools.

As a contributing property in the Whitney Avenue Historic District, the elementary school on 180 Canner Street is listed on the National Register of Historic Places. Donna interesting I don't think that I have seen  a K-2 split and 3-8 before.

George - I wasn't aware of one either until I did some reading up on Worthington Hooker School.

Hi Donna! Thanks for the information and thank you also for making as see what you have in your community.Best of luck with your career and Stay the best New Haven Short Sale Agent.

Donna,what an interesting school here to be honest I haven't seen K-2 split and 3-8.Thanks for this localism.Keep being a good and inspirational  New Haven Short Sale Agent.

Thank you for making everyone informed. I'm sure the readers are glad to be able to read this blog. Stay excellent on being New Haven Short Sale Agent. Cheers! 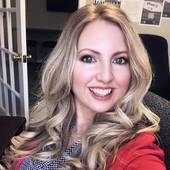