Slated for completion in 2014, the Baha Mar mega resort development in the Cable Beach area in Nassau, Bahamas is on track and just recently signed on with a renewable energy company to provide airconditioning for the resort; with this innovative renewable energy system, Baha Mar hopes to save in excess of 85% on its power bill. Making it the second resort world to use this technology, Baha Mar's environmentally friendly technology - contracted through Ocean Thermal Engineering (OTE) will pump freezing water from 3,000 to 4,000 feet below the surface.  The system will supply air conditioning to six hotels, the 100,000 square foot casino & convention center to name the key venues.

Located on Nassau Beach, the Baha Mar $3.4-billion resort complex will include a 700-room Grand Hyatt convention hotel and a 200-room Rosewood hotel among its planned 3,500 hotel rooms and residences. Baha Mar resort will also feature the largest casino in the Caribbean, the largest convention center in the Bahamas, a Jack Nicklaus signature golf course, three spas, a 20-acre eco-water park, multiple restaurants, and high-end retail and entertainment venues. Morgans Hotel Group recently announced that the Mondarian at Baha Mar lifestyle hotel will also be featured at the complex.

About the only project in Nassau big enough to rise in the shadow of Atlantis mega resort on the Bahamas' Paradise Island, the new, multi-billion dollar Baha Mar project will be partly owned by Harrah's Entertainment and managed by Starwood Hotels and Resorts Worldwide, per project officials.

The Baha Mar new destination resort is currently being constructed on 1,000 acres on New Providence Island's fabled but somewhat faded Cable Beach strip. Billed as the largest destination resort in the Caribbean, the Baha Mar Resort Development will include a series of Starwood branded hotels, including a W, St. Regis, Westin, and Sheraton. 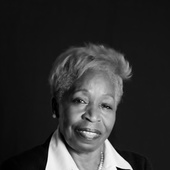