Right now, 186 listings are currently under contract, down five percent from pending sales on the books year-to-date in 2010.

Average days on the market have risen to 170, up 16.5 percent from 2010 when the average house in Edwardsville stayed on the market 146 days.

What does this mean? Fewer homes have sold during the first half of the year in Edwardsville, but pending sales have risen to within five percent of the prior year, a good sign. The average selling price is holding its own with less than a three percent dip from last year. And homes are taking longer to sell with the average number of days on the market experiencing a fairly significant increase.

So, if you're selling your home, make sure it stands out against the competition in price and condition so you can help it sell efficiently. If you're a buyer, now is the time to make a decision and place an offer before prices, which are stabilizing, rise and you've missed your best opportunities. 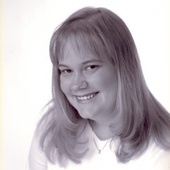