Yes, parking for 14 cars.  That alone sets this home apart from the other mansions in Bel Air.  This is a highly sought after feature for the demographic purchasing at this level.  Car collections are common...and the storage of these often rare cars is critical.  Many of these garages are climate and humidity controlled, maintained by special personnel.

This home has yet another real estate bubble heartbreak story.  It was sold in February, 2006 to Sharon Stone for $11 million...after sitting on the market for SIX DAYS.  (Ah, the good ‘ole days!).  Five months later she tried to sell the home for $12.5 million.  Alas, the party was over...and everyone was trying to sober up from the real estate frenzy that had just taken place.  If you were caught holding anything that you’d bought between 2003-2006 you were, ahem, tattooed. Needless to say, the property didn’t sell despite sitting on the market for over 9 months.  Then in June of 2007 she tried to sell it again, this time starting at $11.5 million and over the course of five months reducing it to $10.5 million.  Nope...still didn’t sell. This gorgeous mansion continued to sit on the market, unoccupied for the most part.  Those beautiful grounds were meticulously attended to...the tennis court was kept in pristine shape.  But, no takers. Now, it is on the market again, for $8,995,000.  We have seen evidence of pre-bubble prices creeping back into the market, so this sale may finally be priced right for the timing of the market, and ready to move. Jayne-Gorgeous home and what a shock the economy in LA is hit hard too. I thought Hollywood was immune:-)

WOW it is a gorgeous home I would LOVE to live there. To bad it is just shy of my price range maybe if I hold out the price will keep falling : )

Amy - hold on...you might just get it at your price.

Jayne, excellent marketing post for this magnificent home! It only shows why you are the right person to go to, either for selling or as Hollywood Short Sale Agents as you have the marketing skills in selling properties. Best wishes!

Hi Jayne. This is such a beautiful home! With your expertise and experience as Hollywood Short Sale Agents, im sure you will be able to sell this home soon!

Wow! What a gorgeous home! The pictures are a great touch! With your experience and expertise as a Hollywood Short Sale Agent, marketing and selling this home should be an awesome experience.

I sure wish I could take this little darlin' off your hands and it just almost works for me.  One problem... I'm looking for a 15 car garage! ROFL

Talk about lifestyles of the rich and famous!  Sheesh!  It's gorgeous!  Hopefully Sharon gets it sold this time!  Thanks for this one.

Thanks for dropping by rock star!

I wonder what's happened to this property after the months that passed.

Beautiful Home...just gorgeous! It just speaks so much of elegance and so much more it's absolutely breathtaking ... a lot of Los Angles short sale agents would love to be able to sell a home like this! Thanks for posting this home and we look forward to seeing more of your postings like this! More Power!

Georgeous Home! Very nice that you featured this home. The photos say's it all! If any buyer come to me and looking to relocate in your area, it will be my pleasure to recommend a Los Angeles Short Sales Agent like you..

Hi Jayne,Did you sell this home already?I think I saw this ad on E news.but I can't remember when.Good luck on this!I'm sure you will be able to sell this in no time! 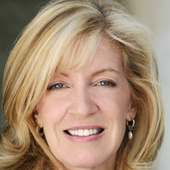