While I'm admittedly biased, because I am an Internet marketing consultant as well as a real estate coach, I just couldn't believe what I was reading when I saw this article today.  It's from nearly a year ago and it just made my blood boil.  It’s in The Telegraph and it’s by someone named Milo Yiannopoulos who proudly shows that he just doesn’t get it.

Pure and simple, social media consulting is necessary deprogramming.  It’s the purging of all the narcisistic and “money motivated” sales tactics we’ve been subject to for the past 30 years.  Consumers are sick of it and have progressively distanced themselves from it.

Think about it.  From throwing away junk mail to screening calls to voice mail to do-not-call lists, consumers have been trying their hardest to click here to read the entire post on my blog. 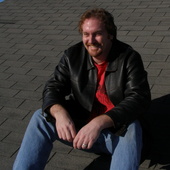