It appears google has throw us for a loop again. My Google pagerank (PR) for my website has dropped from 3 to 2 already down from 4 previously this year.

Although PR may not have a direct influence on traffic to your site it does affect how you could possibly show up in search engine.

Well from what I have just researched it appears blogging may be the culprit. No sure why but if anyone else has more information on this I would love to hear about it.

Here is what some wrote in a post about it

As a resident voice on SEO, I can't help but weigh in on this one.

My working theory isn't that all of these sites have necessarily been penalized, especially considering many of them are doing nothing wrong. Rather, I believe that the sites linking to them have been largely devalued.

Consider this: The primary audience for many of these sites are bloggers. These sites derive their popularity from others who are quite likely being penalized. Now that the algorithm has been changed and all those links have lost their juice, the popular blogging niche sites are losing PageRank as a byproduct. It's regrettable, but largely unavoidable.

I'll keep everyone apprised if I come across a better explanation, but that's the best I've got for now. Honestly, it's a bit of a head-scratcher, but this is why it's never advisable to put all your eggs into the Google basket.

Here is a link with discussions about Googles changing of it's algorithm http://www.dailyblogtips.com/google-changing-the-pagerank-algorithm/

I don't want to stop blogging just b/c of the Google King!!!

I'll be following this blog for sure....  Good post, but a little disappointing.

Like
Art Blanchet
On the Outside Lookin' In - Sebastian, FL
Stranger in a Warm Land
Reminds me of FICO scores - just when someone gets close to figurung it out, the rules are changed.  Thanks.
Like
Craig Smith
Re/Max Achievers - Frederick, MD
Frederick MD Real Estate

Actually just looked up activerain. It has just drop from 6 to 5 PR.

Like
Stacy Magid
Century 21 New Millennium - Woodbridge, VA
LAst week I noticed my page rank to drop significantly (like 20 places) on the major search engines.  It was bizarre.  I actually blogged about it here.  I had added something new to my website which may have been the culprit,  But now with this though about blogs, who knows.
Like
Bob Carney
Taylor-Made Deep Creek Vacations & Sales - Mc Henry, MD
Licensed MD/PA Real Estate Agent
Page rank isn't paying the bills right now for me.  Both my sites are at 3...Its the continual growth that I am happy about...Soon I will have something that people will actually stick around and read.
Like
Jason Smith
DreamDirt Auction - Mondamin, IA
Its one of those mysterious things you'll never figure out.  Diversify your presence on the internet and you'll do just fine.  I don't even know my page rank any either website, pay no attention to it and get enough regular leads to keep me busy.
Like
LaShon James-Major
The Document Diva - Long Beach, CA
Long Beach Mobile Notary - 562.314.4319

This SEO world is ever changing. So are we penalized for blogging on our own sites, having a link to AR, or just blogging period?

I still don't quite understand but thanks for sharing.

Craig - I don't believe that blogging has any affect on your Google PageRank. For the most part, I have read that Google is trying to cut down on large link farms and larger websites selling links. When you first got a website and got into SEO did you sign up for any of those "free" real estate directories? If you did and those companies took a PageRank hit, then it would likely trickle down to your website. Same for ActiveRain, if they take a PageRank hit (as they did) then it will trickle down to your website too. I wouldn't be overly concerned unless you are doing dirty things on the Internet. Writing fresh content in blogs is still a very good "white hat" practice.

Like
Laurie Manny
Long Beach CA Real Estate - Long Beach, CA
It is not blogging.  My sites and rankings have all gone up.  It is the linking strategies that are being used and the blogrolls, they are deadly.  They create link farms and the engines punish for that.
Like
chevron_left
Older Post
Back to Top
Newer Post
chevron_right
Rainmaker
63,174 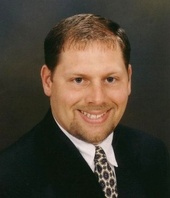