Pay it Forward - Guests for the Holiday One of my neighbors has been in and out of the hospital with medical problems for the better part of the past few months.  This week found him in the hospital once more and with the approaching of the Jewish Holiday, I was concerned about both him and his wife - where would they be spending Rosh Hashana.

He was hopefully going to be released from the hospital in time for the Jewish New Year  - and going to the nearby rehab center.  But, his wife would be home alone for the holiday.

I quickly called and invited her to join my husband and I for the holiday meals.  I was delighted to have a guest for the holiday and she was happy not to be alone.  A win-win all around and a great way to start the New Year by paying it forward.

Hi Lora, Happy New Year and what a beautiful way to start the year by sharing it with others,  Blessings to you!

Hi Lora,
What a nice deed!
That's a wonderful pay it forward....
Keep up the good job!

Judith, thanks for the good wishes and I love having guests to share the holidays with.

Leah - How kind! I hope there are wonderful people like you around when I need the same act of kindness! You're right - it was a win-win for both your family and this woman's... .

Debbie, If we all just keep paying it forward there be others around to repay us for  those acts of kindness.

Leah, you are such a generous soul and I know you are rewarded for it with many friends who greatly appreciate you. A happy new year to you and be well my friend.

Holdiays can be so lonely...this was a wonderful way to start the New Year ~ Kudos for your kind gesture!

Leah - so nice of you to reach out to this woman and ring in the Jewish new year with her so she wasn't alone. I'm sure it felt so great to have a place to go with friends when she couldn't be with her huband - nice!

Cal - Thanks for the kind words and my life is greatly enriched by all those that I call friends.

Larry & Sheila - Holidays are a time for family and friends and without them, it can indeed be lonely.

Kristine - With family often living too far away to make it possible to join each other for every holiday, it's important that we know we have friends and neighbors to count on.

Leah, You are off to a great start on a new year.  I know that blessings will follow you, and I am sure that you enjoyed her company quite as much as she enjoyed and appreciated your hospitality.

What a wonderful gesture on your and your husband's part to include her.

A sweet pay it forward. You are a great friend, Leah!!!

Leah, I love this post and the caring behind it.  Your good heart is shining forth~

Suzanne - Enjoying the holidays with friends neighbors and loved ones is doubling the pleasure.

Joni - Why thank you Joni!

Judi - You give me more credit than I deserve!

Leah, we can tell people that we care, but what you did showed them that you really care.  Hospitality is one of the most precious gifts that we can give to another.

Great way to pay it forward and a good reminder for all of us to reach out to seniors that may be lonely or in need of assistance. The Dahlia Show at Brookside Gardens in Montgomery County, Maryland

Speaking of friends, I have been missing my friend's post! You wouldn't happen to know where she has been? If you see her tell her that I miss her!! :))) *wink! XO

Roy, thanks for stopping by and love the flower.

Joni - Thanks for thinking of me, my friend.  I've been busy with family (had a new grandson) and the Jewish holidays.  Hopefully, things will calm down in another week or so.

Lovely story, Leah. It sets the tone for this season of "thankfulness". I'm sure your friends are thankful for you! :) 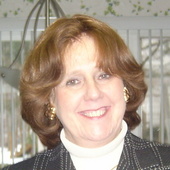