Over 300 bird species…eagles, cranes, hawks, owls & many more including our state bird….the mockingbird.

Official state reptile…the alligator! An amazing creature that normally exhibits a natural fear of man and if left alone, would prefer to stay away from humans.

Polk County became Florida’s 39th county on February 8, 1861 and was named in honor of James Knox Polk, the 11th President of the United States.

The oldest settlement in Polk County….Fort Meade in 1849 during the Seminole Indian Wars.

Ranked No. 16 by Golf Digest Magazine.

Legoland Florida is planned to open in October, 2011 in Winter Haven!

If you are considering settling in Polk County, Florida, feel free to call. We will be happy to share with you, the many reasons we have chosen Polk County as our home! 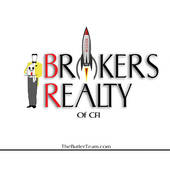