Buying an apartment in Majestic Tower?

Are you aware that the building is located at the place where old Singapore hotel been nested? What is so superior in Bal Harbour? Zoning and how the zoning has been implemented in real life.

The city does not allow developers to built more than 22 store high-risers.

Bal Harbour is a thriving city with great condos, communities, and shops in South Florida. The condos on the beach attract many people from around the world, the residence is close to perfect, and the shops have the best brands know to man. It is considered to be one of the fun places to live in Florida. So how did Bal Harbour come to be?

Bal Harbour started just as a vision from Robert B. Graham, who envisioned a “perfect village” in the area of South Florida. The company Miami Beach Heights bought the raw land in 1929, which was led by Graham and associates Carl Fisher and Walter O. Briggs. As Graham and company crafted their dream village; it was abruptly halted when WWII started, as he leased the land to the United States Air Corps for $1 a year, which was a patriotic act on his part. Right after WWII, they finished their development of Bal Harbour Village. At first Bal Harbour was called Bay Harbour, but the name was incorrect because the property contained oceanfront property. Thus, Bal Harbour was born, combining the names “bay” and “Atlantic” together.

When development finished, the city flourished. As the first hotel in Bal Harbour was finished in 1946, Kenilworth by the Seas, it attracted many tourists for being “ultra-luxurious”. Later on other hotels were built in the same area such as the Balmoral, Sea View, the Ivanhoe, the Colon, the Singapore

, the Beau Rivage and the Americana. Arthur Godfrey also gained attention to Bal Harbour when he broad-casted to radio and television, bringing in 40 to 60 million watchers/listeners. Bal Harbour then became a magnet for numerous celebrities, presidents, and dignitaries. 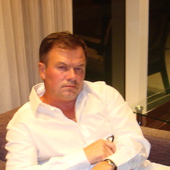