Produced in the fall as a means of preserving part of the apple crop, apple butter was a community project bringing together families and neighbors, young and old.

The Applebutter Fest is no less a community effort: groups gather to peel the 125 bushels of apples, volunteers stir each of the 50-gallon copper kettles for at least 6 hours over an open fire to produce the delicious treat. Two batches are made: one before the Fest, which is then pressure-canned and ready for sale, and a smaller batch during the Fest, which is put up in jars that will require refrigeration. Altogether, almost 2500 pints of apple butter will be ready for sale on the day of the Fest.

Two weeks prior to the Fest, members and friends of the Historical Society of Grand Rapids gather at the farm of Steve and Pat Kryder, near McClure, to stir up four kettles of apple butter at what has become known as the "Big Stir."

"Making apple butter," Fest co-chair Steve Kryder says, "is a 3-day job. A day to boil down 50 gallons of cider to about 10 gallons of condensed cider, a day to peel and schnitz [slice] 15 bushels of apples, and a day to cook the mixture." A total of seven kettles of apple butter are made before and during the Fest.

"You want to start with sweet cider, a mixture of apples (Jonathan, Cortland, Golden Delicious, Spies, and Pipin are among the best), and then stir over an open fire until the mixture is smooth, thick, and brown. Remove from the heat and add 75 lbs. of sugar to each 50-gallon kettle, stir well and jar it up. Make sure you also have a loaf of fresh bread handy for samples."

The recipe, passed down from Steve Kryder's grandparents, perfected by his mother, uses only apples, cider, and sugar. Pat, Steve's wife (who offered up the original idea for the Fest), likes to make a small quantity with cinnamon and allspice to taste.

Volunteers are always welcome to the Kryder farm for the Big Stir.  Bring the kids, a dish to share, and join in the fun for a couple of hours or all day. The kettles are

placed over the fires about 6 a.m. and the cooking lasts until around 4 p.m.

You can also help out with the apple peelings two days before the Fest, help stir the apple butter as it cooks down, or join the canners on Fest day. "It's fun, you get to meet and talk with new people or folks you haven't seen for a while," says Pat Kryder. "You renew that sense of community."

For the apple butter made during the Fest, you can take a turn at stirring the kettles with a wooden paddle fitted with cornhusk scrapers on the ends. Free apple cider is available during the stirring.

Apple Butter for a Crowd

Peel, core, and quarter the apples; add to the cider syrup in a large, 50-gallon kettle hanging over an open fire and stir constantly at a full boil for approximately 6 hours until smooth. Remove from fire. Add the sugar and stir until dissolved. Fill clean jars immediately. Makes about 330 pints. 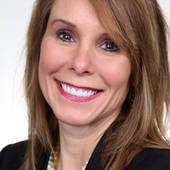 Toledo Ohio homes for sale and much more. Get important facts about the area, events, stats and fun blogging. Maumee Ohio, Perrysburg, Sylvania, and Toledo area houses for sale