Great information from a colleague. Having lived my entire life in Sugar Land, it will be very exciting to see what Sugar Land has in store for the site! The valuable tract of land is estimated to be between 320 to 340 acres. The announced shut down of the facility came earlier this year due to a state budget shortfall. Existing inmates were transferred to other facilities. Closure of this prison is expected to save Texas about $12.5 Million per year.

Sugar Land is the first city in Texas to have a prison closed. The facility was a minimum security unit. The city is consistently awarded and recognized by reports from Forbes and Money Magazine for quality of life standards, best place to raise a family, safest city, and numerous other awards. The closure of the facility paves the way for planned improvement and development to enhance the local economy and lifestyle the city is known for.

If the tract is developed or sold on the open market the location could fetch a premium price even in this economy. The new tax revenue generated from the development and property values would be a tremendous benefit to the state and local economy. Representatives from the City have expressed interest in developing the site into an industrial park and expand the Sugar Land Airport. Current areas in Sugar Land designated as industrial parks are at maximum capacity. To continue to attract businesses and manufacturers to the area and support growing industries the city feels this is the best use of the site.

Just my humble suggestion: how about a medical research center? Sugar Land has been the beneficiary to several new hospitals in recent years. A satellite Medical Center to supplement the famous Houston Medical Center would also contribute to the bright future of the city.

A study conducted in 2008 commissioned by the City on the economic impact found that potential economic development could bring in 2,400 new jobs with $86 million annual wages as well as new tax revenues, including $4.6 million for the state and $1 million for the city. The state General Land Office's appraisal in March 2010 valued the property at about $33 million, including $23.4 million for the land and the rest for the 100 buildings.

This additional tract adds another element to the ongoing boom in Sugar Land. Currently the Telfair and Riverstone master planned communities are still posting very strong sales of homes. The Imperial Sugar site plans are still being proposed. The minor league StarTex Power Field is under construction. This additional component is the final major tract of land remaining in Sugar Land that is undeveloped.

Kristen:  Thanks for the re-blog about Sugar Land prison closing....I taught school at Missouri City Middle School back in the late 1970s and was very familiar with the prison.  That and the sugar company were two mainstays for Sugar Lane.  Hope they utilize the acreage wisely. 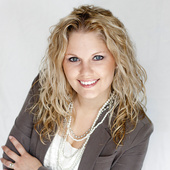