sewer, which is not common due to Kona's rocky soil. The location, just a few blocks to Magic Sands Beach and Kahaluu Beach Park, is tough to beat. When I moved to Kona in 2000, my first home was just down the street and I can tell you it is very nice to put the car keys away, walk down to the beach and swim in the warm, clear water. Isn't that why your moving to Kona? 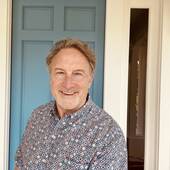