Yesterday, the Louisiana Department of Education released the School Performance Scores for the state, and for the first time in was done with the same A-F system of grading that is used to evaluate students.  In the past the scores were given in the form of star ratings, using the scoring system below.

This system was confusing, and many have argued that does not accurately represent the conditions of the schools.  This ultimately resulted in the lack of much needed improvements our local schools require.  So, after the passage of a 2010 law the State has gone to the A-F grading system that we all are too familiar with stating, "Today is the beginning of an honest dialogue.  Today we start telling the truth.  Today is about transparency for our parents, schools and taxpayers".  Below is a table showing how our local schools performed this last year.

There are more than 1300 schools in the State of Lousiana and out of them only 98 schools receive an “A” grade.  Out of those 98 schools, 10 of them were in Northwest Louisiana and eight of those are in our area!  To see the full School Report Cards by District and School, visit the Louisiana Department of Education Website. 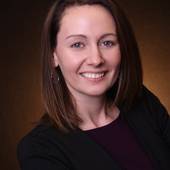