As Housing in Florida Plummets, the Top Tier of the Market Just Dips

Houses and condominiums with price tags of $1 million or more are still changing hands robustly in some of the most exclusive areas.

Houses and condominiums with price tags of $1 million or more are still changing hands robustly in some of the most exclusive areas, though at a pace less brisk than a year ago. The glistening waterfront glass towers on Miami Beach, the sprawling estates set in manicured gardens in Palm Beach and the clustered mansions in Naples are attracting buyers, both domestic and foreign.

As in other once-booming regions, in Florida the housing market seems to be not one market, but two. The lower end is littered with vacant houses and unfinished developments, and homeowners are struggling to meet their monthly payments as rates adjust upward. The luxury end has its unsold new condos and mansions lingering on the market, too, but as in New York, where the demand in pricey Manhattan is still strong, sales have fallen less. And Miami and other parts of Florida are continuing to attract interest among the wealthy.

Both markets have been buoyed by foreign buyers attracted to the United States because the weak dollar makes American homes comparative bargains. Florida has the added demand from affluent retirees across the country and second-home buyers, particularly from the Northeast.

"The very, very high end of the markets in communities such as the Bay Area, Los Angeles, Manhattan and Miami and to a lesser degree Chicago, Seattle and Washington that have global appeal have held up much better than the rest of the housing market," said Mark Zandi, chief economist at Moody's Economy.com. "A recession would certainly not help the high end, but it would not undermine it. And much of their buying is done with cash and not affected by the global financial turmoil and its impact on the availability of mortgages."

Take the greater Miami area. Over all, home prices have fallen 7.3 percent from their peak in December 2006, according to the Standard & Poor's/Case-Shiller index that tracks repeat sales of specific homes. But because of a shift upward in the value of the homes that have traded hands, the median price for condos sold so far this year for over $1 million is holding steady at $1.5 million, according to the Realtor Association of Greater Miami and the Beaches.

The median price for single-family homes sold is even reported to be up slightly, to $1.51 million from $1.46 million in the 2006 period. In Miami Beach, two brokers, Kevin Tomlinson and Dora Puig, recently represented a buyer from the Midwest who paid $7 million for a beachfront triplex. The sellers, a group of wealthy Mexicans, had bought the apartment for $6.13 million in April 2005, near the height of the market. They put it up for sale in early 2006 for $9.5 million and finally sold it for a 14 percent gain.

"When people are realistic about prices, they can sell," said Mr. Tomlinson, a broker with EWM Realty, an affiliate of Christie's.

Based on the number of sales, the Florida real estate market as a whole has taken a huge hit this year. Unit sales of homes and condominiums worth less than $1 million in Miami-Dade County, for example, fell 37.2 percent through Oct. 23 compared with the period a year earlier. So far in 2007, 7,078 homes have been sold.

But even the high end is cooling off. In the greater Miami area, the number of condos and single-family homes that sold for more than $1 million through Oct. 23 fell 18 percent, to 958 units from 1,166 units in the comparable period a year earlier.

At the very high end of the market in Naples on Florida's west coast, there have been about 40 sales so far this year, compared with 46 sales for all of 2006, according to Thomas L. Campbell Jr., sales associate at Premier Properties.

In Palm Beach, the number of units sold has fallen 15 percent, to 223 properties.

"There is more inventory in all price ranges," said Deborah Boza Valledor, the chief operating officer of the Realtor Association of Greater Miami and the Beaches. But even as more homes linger on the market, some areas remain particularly popular with potential buyers. "They are waterfront properties that are exclusive," she said, "and people are willing to pay the price."

Indeed, more than 78,000 homes were for sale in the Miami area in August, up from 51,000 a year before, according to ZipRealty, the real estate brokerage firm.

The overhang of unsold homes helps explain why reported selling prices do not tell the whole story. Sellers "are making concessions," Ms. Boza Valledor said. "They will offer a year's worth of paid maintenance fees to the buyer, or they will pay for the parking space or they will throw in country club fees that might be part of the expense of buying a home in a gated community."

Just a year ago, when buyers were bidding against one another for properties, such deals would have been unusual. And in another sign that the feeding frenzy has ended, the highest price paid for a Miami-area condo this year was $13.9 million, down from the top price of $16.9 million last year.

Mr. Tomlinson, the Christie's broker, suggests that sellers are starting to be more realistic. "They are coming off their 2005 prices and are more in today's market," he said. "Two years ago, if you sold something at $3.5 million, the next listing in that building came at $4.2 million. Now it is more reasonable."

Across the state through the end of September, the real estate company Coldwell Banker has sold 1,222 condos worth a million dollars or more, said Clark W. Toole, who runs the company's operations in Florida. The average sale price is down less than half a percent from last year.

To the degree that the market has held up, it has been helped by eager foreigners, checkbooks in hand, who are still showing up and often paying cash. A survey last year by the National Association of Realtors found that the number of foreign buyers in Florida had dropped significantly from 2005. But of those who bought, 29 percent paid cash. Only 8 percent of domestic purchasers did. More than 10 percent of the foreigners bought homes for over $1 million.

The pattern of sales remains uneven, with evidence that some of the most exclusive places are having a harder time. On Fisher Island, the private island just off Miami Beach that has its own golf course, tennis courts and spa, business has slowed sharply, said Lars Ekdahl, who has worked as a real estate agent on the island for 13 years.

Right now, the island, which boasts Andre Agassi as a frequent visitor and where Oprah Winfrey once owned a home, has 96 of its 700 housing units for sale. At one point, the number offered was just 39.

"I didn't think it would affect us so much at Fisher Island," Mr. Ekdahl said, "with the dollar so weak and the euro so strong." Only about half the island's residents are Americans. The cost of living on the island has risen because of dues and other expenses, and in a market in which buyers have more choice, they may be pickier.

Perhaps the starkest sign of a two-tier housing market is in Palm Beach. The island of Palm Beach itself has about 8,000 housing units. Leslie Evans, a local real estate lawyer, said that about 80 percent of sales there are cash deals and that most buyers are American. But just across the bridge in West Palm Beach, "there are buildings with 200 units and 80 of them are for sale, and others where the building is nearing completion and sales will never close." 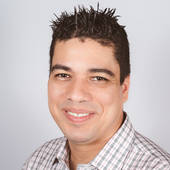 Real Estate blog dedicated to the Miami and South Beach marketplace. All homes and condos for sale and lease in the area. Focusing directly on Downtown Miami, Brickell South Beach, South of the Fifth neighborhoods.