During the quarter ended September 30, 2011, 320 homes were sold in our local market*, down 4% from the 334 homes sold in the same quarter last year and the median price fell to $739,000, down 1% from $749,000 in the same quarter last year. Properties took slightly longer to sell, 33 days on average up from 31 in the same quarter last year, but still lower than the 37 days in the same period in 2009. Although prices in most areas were either flat or marginally lower per square foot, several areas that had previously experienced sluggish sales showed renewed signs of interest including Montclair and Redwood Heights. Available inventory continued to be absorbed and fell from 410 homes at the end of last quarter (4 months of inventory) to 293 homes at the date of this letter (3 months of inventory). The current market is one where a home either sells in competition at a higher than asking price within its first two weeks of availability or faces a reduction in realized price.

*detached homes over $450,000 in Albany, El Cerrito, Kensington, Piedmont and the hill areas of Berkeley and Oakland

All in all the market news looks fairly positive Dana. Those are certainly aggressive marketing times.

Enjoyed the market update.   It's good to know what is going on in your area as the Tahoe market trails yours.  The most important piece of information was your last line "The current market is one where a home either sells in competition at a higher than asking price within its first two weeks of availability or faces a reduction in realized price."  I hope your sellers are paying attention. : ) Thank you for sharing.

Thank you for the comments. While the statistics may indicate a stabilizing market, the underlying psychology is still a bit nervous, especially over the last few weeks.  The daily shock and awe of the economic headlines has indeed taken its toll.  It seems that you either have a home that is well priced and has everything people want (and gets multiple offers right away) or a home that lingers with price reductions and very difficult escrows.  And this seems to be the case at almost all price points.  The reduction in the qualifying loan limits has not helped either.  As we are about to enter our traditionally slower period, the real test will be what happens early next year.  Hope you are seeing signs of life. 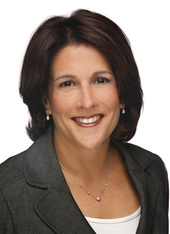