What great news!....Why don't we hear more of this...I reblogged because we need to start spreading the cheer instead of all that "doom and gloom" stuff that gets reported....please go over to Christine's blog and let her know that you too agree that we should spread more positive news like this! I will be disabling comments as I usually do on reblogs so that you can go over to original post and make your voice be heard there.  Thanks for reading my blogs and reblogs.

In North Dakota, work is plentiful!  Apparently, they're having an oil boom that is not only keeping their unemployment rate down to 3%, McDonald's has to put starting wages at $15 an hour to get people to come in for a job!

Right now, North Dakota is putting out millions of barrels of oil, resulting in BILLIONS of dollars coming in.  The state is having an employment boom, but a shortage in housing!  The people coming in to get work are sleeping in their cars until they can find a place to stay.  Local developers are building housing , hundreds of homes and thousands of apartments, just to try to keep up.  The Mayor, Ward Koser, is having one heck of a time trying to keep up.  Increases in traffic violations, parking AND moving, building permits, sewage treatment, they're saying it's a MESS.

The oil is coming from the Bakken Rock Formation.  It runs14,000 square miles in North Dakota, Montana and Canada.  Right now the USGS says that there's at least 14 BILLION barrels to be had, but others say it could well be 4 to 5 times that amount.  (oil crisis?  no more!)  Check it out:

"Clearly, it is the largest oil field we've found in North America in the last 40 years," said Bud Brigham, the founder and chief executive of Brigham Exploration (BEXP +0.96%, news), which has staked the company's future on the Bakken oil business. "If it's more than 15 billion barrels, it may be the biggest oil field found in America ever."

Some out of staters have been able to land work within hours of their arrival:

"It's a zoo," said Terry Ayers, who came to town from Spokane, Wash., slept in his truck and found a job within hours of arrival, tripling his salary. "It's crazy what's going on out here." 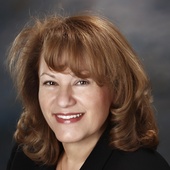