This year the Hawaii legislature passed a bill making significant changes in Hawaii's foreclosure law. Act 48 became law on May 5, 2011 when it was promptly signed by the Governor upon presentation to him. Act 48 results in major changes in the process by which real property foreclosure occur in this state and significantly affect financial institutions, Homeowner Associations and the general public. The legislature's intention in enacting the law was to increase the legal rights of consumers. The purpose of the amendment was to provide consumers, lenders and Associations with better access to information by mandating the involvement of Hawaii-based counsel in all non-judicial foreclosures. In other words, any lender or condominium association wishing to conduct a non-judicial foreclosure must follow Part II until July 1, 2012. Plus, the changes made to Part II will make it so cumbersome for the foreclosing lenders that the choice is simple. The benefits in time and cost of pursuing a non-judicial foreclosure were eliminated by Act 48, and it’s risky to boot for the lender.

Late 2010, the Legislature passed a law creating a Mortgage Foreclosure Task Force and required that one of the members serving on the Task Force be from the Collection Law Section. Bottom line, the main focus was to provide homeowners who did not have an interest in additional real property with certain right which did not apple to those who were buying real property for investment purposes.

“Based upon changes stemming from Act 48, many are predicting that lender will stop using the non-judicial process and proceed instead through the Court System. This is not only the only potential repercussion: with lenders using the judicial process, it is logical to acme that the Bankruptcy Court will see an increase in case filings. The reason is the increase in the likelihood of a lender choosing to exercise its right to deficiency judgments. ”

Please note that the information provided may no longer be accurate. Read more.

Did you know as a first time homebuyer, you may be eligible for a 20% federal tax credit?

This tax credit could amount to hundreds to thousands of dollars savings per year! *To learn more about eligibility, Call our Team Hawaii professional mortgage experts from Guild Mortgage Company 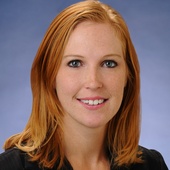