Open House today....are we running out of houses in the Valley?

Seems like it, I must say! I had several people come into the home I was holding open today and every one of them commented on the limited amount of options that were available to them; now, many of them were looking for something specific, but a few were talk amongst themselves and wondering if settling for a 3 bedroom instead of a 4 bedroom might be their only option at this time.

I belong to many different social media sites and have quite a few Realtors that are friends of mine, and they are actually noting the same thing and as early as a few days ago, AZCentral.com was reporting just how the confusing the market is (http://bit.ly/pfzqTQ); are we up or are we down? Is it a buyer's market or is it a seller's market?

My opinion, it's neither. I believe, right now, it is the bank's market. While a few traditional sales are starting to creep into our market, it is still dominated by foreclosures and short sales and neither of those are going to go away soon; especially with all of the homes that have yet to be released by the banking industry...don't forget, we had record numbers, broken every year, of foreclosures happening for several years in a row.

Of course the job market has to pick up and there are a zillion other things that have to happen in order for us to get back on our feet! I, however, believe in the spirit of the American and we have been through worse and we've always fought the good fight and come out on top and we will do it again :)

That's a great problem to have, low inventory!

I see enough homes for sale but the short sales and REO's seem to set the price, at least in the buyers' minds.  Many of the "regular" sales are overpriced for the market, those homes stay on the market a long time and meanwhile the banks aren't moving their inventory.  Makes our market "interesting".

@Catherine, it is a great problem to have low inventory, I agree! I am anxious, however, to see how and when the banks plan to release the homes that they have had sitting for the past 5+ years and what condition they are in.

@Marge, yes, our market is 'interesting' to say the least and I'm still amazed at the homeowner's mindset on pricing their property...our market, while a seller's market, still has the banking industry controlling the price like Catherine stated, and it's all over the news that we are still in a 'downed economy', the seller's still think they can overprice their home....Oh, and don't even get me started on appraisals! 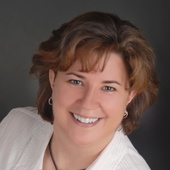