My colleague, Alan May, hits the nail right on the head with this poignant accounting of a new report that has been offered to the market.  While transparency is definitely something I support, accuracy and clarity should be equally partnered with this new approach to reporting.  Unfortunately, as Alan so clearly points out, there is more to what's reported than meets the eye. Let's get the real numbers out for the Chicago North Shore, North Suburbs and Northwest Suburbs real estate producers and let's embrace FULL and ACCURATE disclosure as opposed to manipulated data that can be unfairly misleading!  For a current market update for this area, feel free to visit www.RealEstateNorthernIllinois.com/newsletter.  Feel free to contact Allyson Hoffman of RE/MAX Villager, 847-310-5300 or allyson@allyson.com with comments or questions.

Well, now that the smoke has cleared and the dust has settled from the "shot heard round the real estate world", as Redfin announced that they are now publishing the sales statistics of every agent in the marketplaces they serve in a format called a Scouting Report.

You can go on Redfins' website and view the Scouting Report without even the need to register on their site.  So they're not even cloaking this one in "they're our clients" camouflage as they did when they allowed their agents to "review" other agents and agencies listings.

It's a controversial move, to say the least.  Our local MLS does not allow us, as agents or agencies, to take the information that they've compiled and publish it elsewhere.  That's part of our rules.  And yet, somehow Redfin has been allowed to do exactly that with their "Scouting Reports"

As you can see from the graphic above, Redfin knew it would "ruffle some feathers"... in fact I'm sure that was part of the reason they did it.  Any PR is good PR. They know that the public will perceive this move as a step toward "transparency", and that balking and complaining about it will make more Realtors and agencies appear as though we're trying to hide the information. In reality, Redfin, in this very clever move, is making all who complain look bad, and the rest look bad by inaccurate statistic.  I'm a fan of transparency.  I want the public to know how real estate transactions work, how we make our money, where it comes from and where it goes.  But I want that information to be accurate, and I want it to be controlled by an independent third party, not by my direct competitors in the market, who can "whoops" accidentally manipulate that information.  Already we're finding that non-redfin agents average "days on market" have been in error by several hundreds of percents. Sorry... for me that seems like unfair manipulation of the data, and is designed to delude the public... not to create transparency.  Note the last line in Redfin CEO, Glenn Kelman's corporate blog that states the plan for this release of data is to: "help you make a better choice about which agent to hire, and hopefully that choice is more often to hire a Redfin agent."

Well, at least THAT's accurate!  Since we now understand their motivation... should we still be accepting them as the benevolent-transparency-bringers??  i don't think so.

Allyson - even if you have the correct data, it does not solve the issue of agents misrepresenting themselves.

The fight for the clear data does not help the consumer

I agree.  Apparently, they've had so much bad static about this, the blog has now been taken down.  Our Board of Realtors reported this to everyone and now the link shows that the only stats beging reported, for now, are on their own agents.  I guess they ruffled more than just a few feathers.

Oct 08, 2011 05:23 PM
LIKE
#2
You must sign in or register to leave a comment
Login Register
Show All Comments
Older Post Newer Post
Back to Top
Generate More Leads from this Listing
With a Trulia Pro Account
Learn More
Find what you need?
See More Blog PostsAbout Real Estate! SEE MORE NOW!
Rainmaker
192,713 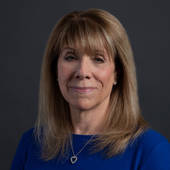