Chestnut Hill is served by the B, C and D brances of the MBTA Green Line.  The B line stops are South Street and Boston College.  The C Line stop is Cleveland Circle.  The D Line stops are Reservoir and Chestnut Hill. 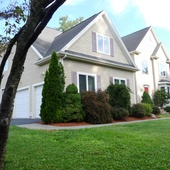