Soweto, South Africa — HE was a skinny gray Soweto coal horse standing in the road with dull eyes, a filthy coat and his head hanging low. He had raw sores from an ill-fitting harness, hollows between each rib and protruding hips.

Just 18 months old, he was too young to be pulling a coal cart.

Enos Mafokate drove past him four years ago and leaped from his truck, wanting to bellow his outrage. Instead, he started bargaining.

"It was heartbreaking. The pony was suffering. He was bleeding, just skin and bone. He was tired. He was almost dead," Mafokate said. The moment the coalman agreed to take about $270 for the pony, Mafokate told him to unhitch the poor thing.

Then he gave the little gray a name: Lucky.

Click to continue reading to find out how Lucky became a champion.

Show All Comments
Rainmaker
823,838
Chris Griffith
Downing-Frye Realty, Bonita Springs, FL - Bonita Springs, FL
Bonita Springs Listing Agent
You're killin' me here!
Dec 09, 2006 12:41 AM
LIKE
#1
Rainmaker
3,055,915
Tony and Suzanne Marriott, Associate Brokers
Serving the Greater Phoenix and Scottsdale Metropolitan Area - Scottsdale, AZ
Haven Express @ Keller Williams Arizona Realty
Nice to see when the media prints something of interest without their own political agenda at work.  Nice pick!
Dec 09, 2006 01:51 AM
LIKE
#2
Rainmaker
559,569
marti garaughty
garaughty.com - Montreal, QC
a highly caffeinated creative type...
Hi Craig... what a heart warming story, thanks for sharing.
Dec 09, 2006 02:22 AM
LIKE
#3
Rainer
48,453
Craig Mische
Alexandria Brokers Realty - Alexandria, MN
Lakefront Real Estate in Alexandria
I emailed the LA TIMES reporter and she sent a very nice reply and was appreciative of the feedback. If you would like to pass on your thoughts, her email address is robyn.dixon@latimes.com.
Dec 09, 2006 10:41 AM
LIKE
#4
Rainer
2,221
Tim Lane
Houses For sale in Soweto cc - Beaver Creek, YN

This is a great story concerning Soweto, Soweto is becoming more and more a sought after market for real estate agents.

I grew up there, and man - its awesome to hear stories like this. 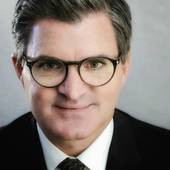