I woke up ready to change my world. I’ve always felt a secret admiration for cats. They’re often maligned, labeled “aloof” and “distant.” Who speaks for cats? I will, I thought to myself.

I will speak for cats.

I headed over to the neighborhood dog park and chained myself to the gates at five in the morning and waited.

Waited for the first dog-walkers to arrive and begin my protest. It’s a myth that dog owners are early risers. The first couple arrived at 8:45AM with a grotesquely overweight basset hound that smelled of polyurethane. Were they wrapping the dog up in a new raincoat every night?

“What’s up?” asked the man, a squatty fellow with a monk’s hairdo.

“I’m occupying this dog park,” I said, “like those Wall Street protesters.”

The woman bent her yellow-frosted head close to the man’s shoulder and yelled, “There’s an octopus in the dog park? That’s farkin ridiculous!” She wore a cocktail dress and patent fuscia heels.

The man rolled his eyes. “She’s hard of hearing.”

"Oh," I mustered, fearing I would become emotionally attached to one of my oppressors.

“What’s the purpose of your protest?” asked the man half-interested, trying to shimmy past me and the chain link while dragging the plump, plastic-smelling ‘Beano.’

The man shot me a look.

He retreated a step. The woman started to wander back towards their BMW, the stilettos clicking against the gravel of the parking lot.

“Seriously,” he said, drawing a long breath and resisting an outburst, “Beano wants to walk.”

“Wouldn’t Beano be happier if his feline counterparts could walk with him? Every 11.2 minutes some well-meaning American is posting a photo on Facebook of a dog and a cat communing together, but it’s all a farce. Most of those pictures are photoshopped. Or the cats are drugged. Cats aren’t allowed here. It’s a segregation of the species. Everyone turns a blind eye. There’s real injustice happening in every dog park across this great land,” I finished.

I noticed the woman started to edge dangerously close to the side of the road. Seconds later a school bus nearly de-heeled her.

“She’s fine. Sees like a hawk,” he muttered. “What do you attempt to change?” he asked, perking up. “You’re only one man. There are hundreds of dog parks in New Jersey, thousands in the country.”

“My peeps are coming. #OccupyDogPark is all over Twitter. We assembled a Finance Committee. Donations are pouring in. We’ve made contact with the feral underground,” I said, my adrenaline starting to race.

“You and Beano and Whatever-happened-to-Baby-Jane over there better get used to cats sharing this dog park,” I announced, certain of triumph.

Just then the woman fell over a highway cone and plopped on the far shoulder of the road.

Beano started to howl and paw at the matted grass.

“I am getting angry,” snarled the man. “Beano is getting angry, too, aren’t you boy? Yes, you are. Angry Beano. Badass Beano. Going to bite the shiftless rabble,” he bent down and started stroking the dog’s scruff.

I couldn’t take my eyes off the woman’s motionless form. A Poland Springs water truck rushed down the lane, the force sucking one of her Betsey Johnson heels off her foot; her pink heel landed between the double yellow lines.

I couldn’t unlock myself fast enough and run to her.

Victorious, he boomed behind me, “that’s the problem with you kids. You abandon the cause too easily. Cats in the dog park. Ha! Never happen!”

I heard the fence open and Beano pant as he entered the Promised Land.

When I rolled her on her side, I caught the first whiff of caramel alcohol. She reeked of Amaretto. Another car pulled into the lot. I saw a brown lab bounce excitedly from front seat to back inside a Saab. I had forfeited the advantage. More dogs would come.

The woman reached up and grabbed my arm as I knelt beside her.

“Waffles?” she slurred, one eye a-flutter.  A streak of drool, like a snail’s slick, lined her cheek.

I would not speak for cats.

Foiled again!  I logged out and JJ was going to comment but no anonymous comments allowed!  Darn.  JJ says pffftt on the two cats that usurped his popularity at our house.

True, Charles. A cat is the most independent dog you can be-friend.

Susan, you and Anonymouse don't mix.

Did I just write "Anonymouse." Mouse? That's Jungian. Or Freud.

I came back to see if I had a typo and you were being snarky!  LOL!!

Hush now and go find me some more readers. LOL -- is this blog defunct or what? I know. "Blogging is a daily discipline."

"...fearing I would become emotionally attached to one of my oppressors"

I've always enjoyed your sense of humor but I have to say you are already financially attached to your oppressors and it's not turning out well at all...

On the other hand it's good too see someone...anyone, speaking up for cats, I am a Felix sort of guy myself!

That was crazy funny, Andrew! Fun way to start my day.

THANK YOU for speaking up for me.

Unlike, intellectually challenged, Philly area dogs I will leave a signed(non-anonymous) comment.

Not that JJ is a tattletale or anything, but go pick on someone your own size.

And say hi to Jen for me.

And I still love the way you articulate things, Mr. Lenza.

Did you notice who your ANTONIO is co-starring in movie with???  Perhaps if you devoted more of your time to your CATS, instead of JJ, Antonio would take notice!  ^_~

Sophie sends her love to JJ!!! Bruce, I would have bet my life that Sophie was Andrew in disguise!  I'm beginning to think Antonio may be a lost cause... but I am trying not to give up hope!   ;-)  She's a beauty by the way!

Sorry to hijack the post Jersey.  Hoping this silliness doesn't dilute your cause.  Cats deserve a place to hang out too.

That OK Susan, I am the Rodney Dangerfield of AR when it comes to not getting credit for anonymous humor.   If you only knew of some of my previous work!!!!  (California anonymous is my specialty!!!)   ^_~

Andrew, we have to do an anthology together. Seriously. My editor will love you (silly grin). :-)

It is unfortunate you do not post here. I remember your first stint on AR, excellent posts....and boy, it was wonderful time.

Susan,  maybe if you promised to vote for Chris Christie in 2016 Andrew will write another blog post here on AR!!!   ^_~ 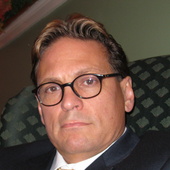