I have been on top of this rep at PNC for about 45 days now, trying to get my short sale approved. We have a ratified offer.  I delivered a complete short sale package to PNC on 8/3.  My rep tells me (once I finally get a hold of him) that he didn't get my file until 8/31.  However, the BPO was already done and all items were into the bank.

So after about a week. The guy counters. The buyer agrees to the full counter.  I get the new price over to him the next day.  I follow up with him several days later and he tells me the file is in PMI.  He asks me for 2009 tax returns (which a lot of banks have not been asking for).  I give him the 09 tax returns the following day. After about another 5 business days, he calls me and tells me that he needs an updated financial statement because the prior one is outdated and not the most recent format.  So i get him the updated financial statement that day.  The whole time, I am like, why didn't he just ask for the updated financial statement when he asked me for 2009 tax returns?  A stalling tactic?  I thought the guy wants to get the file off his desk.  Now, it is October and I don't like an approval taking ANY longer than 60 days (shhhhh).  I call him yesterday, and he gets very aggressive with me.  Even rude. He tells me that he doesn't like how I conduct business and he is losing his patience!  This is right after he states that he has no idea how my long my file will be with PMI and he has no way to find out!!

Was he angry and rude because I am performing my fiduciary duties for my client?  Well, I knew the manager's email over there and wrote him a very friendly but bothered email explaining my situation and how I was treated.  I told him I have accounts at PNC and I know they are not about acting that way!  BOOOOO HOOOOO

The manager called me this morning and told me i will see the approval by this afternoon.  Take if up the latter, these negotiating reps are pawns in the game!!!!!

I couldn't agree with you more.  This type of behavior is so counter-productive.  Usually a call to a supervisor gets things moving.

The key to short sales is never surrender. Had a similar situation with GMAC. Every other day the negotiator kept asking for new documents saying something was out of date. Part of the stall I think.

Bill & Suzanne:  You got it!  Never surrender and go up higher.  The bank reps definitely are not there the same dedication as the agent.  So taking it up a notch oftern has to occur!  Thanks and have a great day!!

I hate it when Short Sales have to go this way because person who gets paid $8/hour is trying a power play.  As for PNC Short Sales, what's your overall experience?  Sounds like it's much different than this one incident.

Hey Chris! Good to hear from ya!  I have dealt with some good people over at PNC.  They have been responsive and friendly, and I have had good repore.  The manager who I had to go to was also very good and quick.  So I feel like this rep didn't belong given his unresponsive and overall attitude. And i am not too shy to let that person's manager know that!  With good people,there are less problems, less stress, isn't that what we all want?  Thanks Chris! 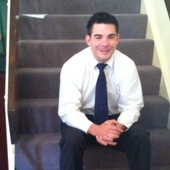