October 2011 Market Update
Market concerns over Euro zone sovereign debt default and a weak U.S. employment report for September placed downward pressure on Treasury bond yields and allowed fixed mortgage rates to hit new lows this month. The economy added no new jobs last month and was the weakest reading since September 2010. The turmoil in Greece Italy, and other Euro countries are making it hard on recovery here in the States. Meanwhile, the unemployment rate remained at 9.1 percent, marking its 31st consecutive month of being above 8 percent, the longest such stretch in 70 years."
What's Next for Interest Rates and Home Sales?
There is definitely room in October for mortgage rates to move even lower, as impossible as that would have seemed even just a few months ago. The Fed's plan to buy longer-term debt could push bond yields down and allow mortgage rates to fall even more. Whether or not this will help the housing market is still debatable.
This is all welcome, but it should not be mistaken for evidence that a real recovery is beginning

MORTGAGE RATES Mortgage rates again made a dramatic dive to a new all-time low. Fixed mortgage rates fell to all-time record lows this week following the Federal Reserve's announcement of its Maturity Extension Program and additional purchases of mortgage-backed securities. Rates fell to 4.01 percent on 30-year FRMS, the lowest rate since 1951, and the 15-year FRM average rate hit a new bottom of 3.28 percent. One-year ARMs carried an average rate of 2.83 percent, up slightly from the week before


HOME SALES
Home buyers are starting to creep back into the housing market, lured by rock-bottom prices. Sales of existing homes rose 7.7% last month to an annual rate of 5.03 million homes, from 4.67 million homes in August, according to the National Association of Realtors.
Economists had expected September sales to come in at a rate of 4.7 million homes, according to consensus estimates from Briefing.com. Rising costs of renting are also drawing Americans into the home buying market. Please utilize your renter to buyer marketing strategy!!
HOME PRICES
“All year, the relationship between home prices, mortgage interest rates and family income has been hovering at historic highs, meaning the best housing affordability conditions in a generation," said Ron Phipps, president of NAR, in a written statement.
Compared to a year ago, the rate of home sales has surged
18.6% from a lethargic 4.24 million homes. Sales have picked up as home prices have fallen. The median price for an existing home was $168,300 in August, down 5.1% from a year ago.
But home buyers are still struggling against a very tight credit market, as banks have pulled back on lending. The biggest factors keeping home sales from a healthy recovery are mortgages being denied to creditworthy buyers, and appraised valuations below the negotiated price

HOME SUPPLY
“Oh, you liquidated her, eh? Very resourceful!” -The Wizard Of Oz,
Congratulating Dorothy and crew for melting the Wicked Witch of the West

The mass liquidation of foreclosure portfolios is best described as a
trickle. The inventory is coming on the market slowly as more loans are
modified to keep homeowners in their homes.
Housing inventory decreased in all the composite markets this month.
This is a significant change from last month, when half reported increased
inventory and half reported decreased inventory. The decreased
inventory follows a seasonal pattern seen every year around this time.
Prices decreased in 16 markets this month (17 markets reported a
decrease in prices last month). In the markets that experienced increases
in prices, the largest increase was 1.68% in Salt Lake City.
The weekly-sampled inventory and 90-day inventory trend lines are
indicating decreasing inventory as we head into the winter months. This is a great number for us to go on with 1st quarter looming!!! 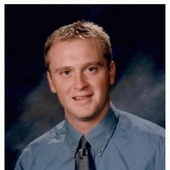