Concern of Europe's impending debt crisis and less than satisfactory job growth in the U.S. markets has driven investors to a  safer option: government bonds. In turn, the U.S. is seeing mortgage rates that are at their lowest in the course of the past four decades. According to Freddie Mac, the average rate for a 30-year fixed loan dropped to 4.12 percent from its original low of 4.22 percent. Respectively, the average 15-year rate fell to 3.33 percent from its previous 3.39 percent.

Indications that the U.S. economy has come to a stand still and Europe's failure to contain it's debt crisis has also resulted in lower yields on 10-year treasury bonds, a foundation of consumer loans including mortgages, conluding in an all time low on September 6th. Although lower borrowing costs are prevalent in today's market, the staggering unemployment rate has overshadowed this potentially postive trend in the housing market, instead creating what has resulted in a slump. Consumers, fearful of security in their various jobs, are weary of taking on new financial comittments and therefore reluctant to purchase new homes.

Growth in the housing market, at this stage, is largely dependent on consumer confidence in the U.S. economy and job security. In a rapidly evolving market, such as the current market Realtor's are operating in, it is vital to maintain confidence and dissolve concerns over investments that are so essential to prosperity. The housing market is central to the growth of the economy and responsible for many forms of employment that are adversally affected by such concerns. In order to alleviate consumer doubt, it is essential that the government take a step forward in the direction of providing job security and job opportunities to both small businesses and the individual. 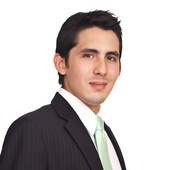 about 11 years ago
bookmark_border
Sharing a vision: A thought on the broker's role i ...
View more Recent Posts   arrow_forwards