The federal government can’t even give money away to help the unemployed pay their mortgage.  How sad is that?

A $1 billion program to assist the jobless will likely end up spending only half the funds because the criteria is just too strict for most people.

The federal effort offered uinterest-free loan to people who lost at least 15% of their income because of the economy or their own physical condition. Applicants had to be at least 90 days delinquent, facing foreclosure and show that they could resume payments if they found a new job.

Qualifying meant getting up to $50,000 or 24 months of assistance, whichever came first.

The entire process gave people less than six weeks to apply, but then pushed back the deadline to mid-September.

Some people were turned away because they were already too far behind in their payments or because their income fell because of a family member’s illness.

Krista, you had me at Buehler...hehe!  This is so sad that they created a new program that people can't even qualify for...ughh!  --Krystal

Krista -- It is amazing that when the government says it wants to help - it makes many more jobs for the bureaucrats than it does help people find work, or get the funds to help on their mortgage. 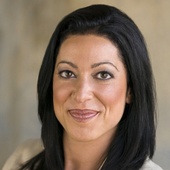