Home > Blogs > Wendell Burris > http://crosspointhomesllc.com/
bookmark_borderbookmark
The annexation of 120.4 acres west of the former Reese Air Force Base was approved on first reading Thursday by the Lubbock City Council.
The area to be annexed includes part of the Reese Golf Course and the course clubhouse. It also includes a housing area in development that has one house.
The voluntary annexation was requested by the developer, who wanted water and sewer service from the city. The water and sewer lines are in place.
The annexation must be approved in a second reading, and a waiting period must follow that. Mayor Tom Martin said the area probably would not be annexed officially before the end of November.
In other business, the council awarded a contract to repair an area along 98th Street where improperly packed ground over a sewer line collapsed and resulted in the city’s purchasing of homes and relocating residents in the affected area.
The $9.8 million contract will include the costs of excavating the dirt, replacing the dirt and mechanically compacting it and rebuilding a seven-lane section of 98th Street between Albany and Huron avenues.
Another contract approved by the council regarded the third and final phase of a runway improvement project at Lubbock Preston Smith International Airport.
The largest phase of the project will cost $24.6 million and will involve removing part of an east-west runway from the west end and extending the runway on the east end.
Ninety percent of the funds for the project will come from the Federal Aviation Trust. The 10 percent to be paid by the city will be funded by the facility fee paid by passengers at the airport.
In September, the Texas Department of Transportation approved a $32,000 Teaching Kids to be Street Smart grant to help keep Safety City open the next year. The council voted Thursday to pay the rest of the costs of operation.
Safety City, a miniature city in Hodges Park at 46th Street and Avenue U, teaches youngsters about traffic, bicycle and pedestrian safety.
Second- and fourth-graders from the Lubbock Independent School District take the course each year. Students learn about safety from the street signs and markings similar to the ones they will encounter on real streets. (source:AJ/2011)
View all Lubbock real estate here Lubbock Homes 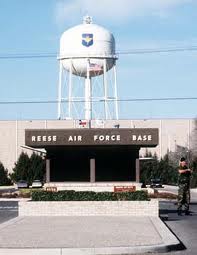 Resource for Real Estate and Community Info in Lubbock, TX and the surrounding areas.