For some reason, I have a hard time getting excited about web paradigms now.  I remember the day when I used to sit at my computer and actually look forward to building a website... because no one else was doing it back in the early/mid 90's.  The internet was a new world of discovery, filled with golden-nuggets of information waiting to be stumbled upon (no pun intended).  Today it's a morass of advertising lying in wait for the naive "clicker".

Back in the day, a person had to be a programmer to build a website.  Then came the WYSIWYG editor, and the realm of "free domains" and websites.  Today, you just need a facebook page.

Facebook isn't a revolution... it's just a good idea.  One that was already in existence.  Classmates.com was doing exactly what Facebook is doing now, along with myspace.  The reason Myspace caught on was because it was free, and it was customizable. Facebook came along and in one shwoop, knocked Classmates out of the game!  Why pay for it?  You can find people on facebook 10X as easy!

Facebook became a way to reconnect with people... a way to find people again.  It also curbed the desire to share silly or inspiring moments with friends.  It was like myspace, except it was easier... and it felt sorta safe... and professional.

With MySpace came the deluge of social media platforms.  Today I count about 85-100 social media sites that are active with some following.  At least 85 SITES!  That's a lot to keep up with.  Imagine multiplying your facebook time x 85.

WHY SOCIAL MEDIA WILL WEAR OFF FAST

I'm not saying that social media will go away... but it's getting old, quick.  How do I know?  Google+

People flocked to Google+ in the beta testing stage, and the world waited with anticipation for Google to release its stellar system to the masses.  People signed up, fired up their circles... and... ho-hum... waited.  Yet another social media platform to pay attention to.  It's not as if people are going to abandon facebook and move over to Google+; they'll use both!  However, here's the problem:  Why post on G+ when it's full of the same people that are on FB, except in fewer numbers?  Why waste the time?  I post to G+ and I don't get nearly the response I get from FB.  Couple that with a new learning curve, and G+ has a formula for disaster.  Of course Google will continue to improve its system, as more and more people tell them to make it like FB, without the new privacy issues.

But really... do we need all these sites?  Actually, we don't need them at all.  It's a novelty item; one which we love to engage in after work.  Like watching the news... it's entertaining.  But what I miss most is actually hanging out with friends; who are all too busy facebooking, G+'ing, MySpacing, Tweeting, and Stubling around to hang out.

WHAT WE HAVE COME TO LEARN IN THE SOCIAL MEDIA ERA

Some things are best left in the past.  Some people are not meant to be found again!  LOL!  Seriously!  Facebook is as much a curse as it is a blessing.  Have you friended that person that now you wish you could get rid of tactfully?  How about that business page you would love for all your business associates to "like", but can't find a way to delete them tactfully off your personal page?

VERDICT IS OUT, THE SENTENCE IS COMING:

As a programmer, Google+ has taught me what I already knew about people... they like what they like.  I remember switching over from MySpace to Facebook, never to look back.  I logged in to my MySpace page recently and was surprised at how lame it was.  I wonder if G+ will do that with facebook?  I doubt it.  Facebook fills the need pretty well, and I don't see people having room for two social marriages.  What does this mean for Social Media as a whole?  People will gravitate toward the platform that gives them the most diversity, and takes the least from the individual.

The internet is still reletively new, and likewise, Social Media.  I have no doubt that a time is coming when people who "unplug" will be the new trend.  Of course, they'll have to have a group on facebook about it.  :)

The certainty is change. More than 400 social media sites of all flavors and picking the ones that work for you the key. To weed and feed. 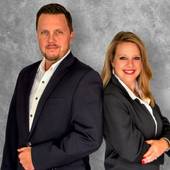