I think I must have read everything and anything to assist me in a presentation.  When you consider how many steps it takes to arrive at this end, it can be daunting to realize that the successful conclusion depends solely on you.  Circumstances that reveal themselves vary during a presentation, and only the knowledge of a good realtor can assist and gain the customer's confidence.  We realize this and in spite of it, we don't always come away with the sale.  Though I have studied and read many suggestions on how to win presentations, I began to realize that every one will not be a success.

I had the opportunity to call on an elderly gentleman whose home was listed as expired.  After the initial introduction, he showed me the property which was expansive and in a private setting.  I had to make friends with his dog first (huge), and then settled into a pleasant conversation.  The property originally listed for $850,000. and was on the market for some time.  He mentioned that he interviewed other realtors and also recounted some of his background.  I learned he was also in real estate earlier in his life and had a career in the Navy.  His idea was to have access to many buyers through different agents without signing paperwork.  He made it known that some of the agents interviewed were not receptive to his plan and though he was doing these interviews, he was not in a hurry to sell the property.  Later he said he would like to sell because he was tired of traveling from Florida to New Hampshire.  Aside from his conflicting statements, I told him that I would try to help even though personally, I knew it would be a futile endeavor.

Three weeks later I came upon his new listing with a well known local realtor and was upset that I lost a major listing.  I had not encountered such a situation prior to this time and my decision was only to appease the gentlemen because he seemed determined to do it his way. I should have been more firm and stated that if he would consider listing his property the correct way there would be a better chance for a sale.  I'm sure the other realtor did and he secured the listing.  It was an expensive lesson for me to learn.  Sometimes we have to show a little crust and educate our customer.

Good post.  Your story is a good reminder to educate, and ask for the order.  Next time you'll be great and get that listing!  Thanks for sharing.

Sorry that you lost the listing.  He seemed to have been wanting somebody to set him straight.  Next time . . .

Good post Ann. Over the years I have become much better about clearly stating the "facts" of how real estate works and what I need from the seller in order to invest my time, effort and money.  They sometimes for goet that part....

This is how we learn and become better at our profession. Yes it is painful to lose such a great listing, next time you will be ready with the right response.

Aimee, he was a real estate agent at one time and he really knew better.  I should have been more stern and let him know it wasn't going to work.

You are right Gayle.  Thank your for your sympathy.

Thank you Linda -- I promised myself not to repeat that mistake.

Randy it was my pleasure to share this with my fellow rainers and I hope it helps others. 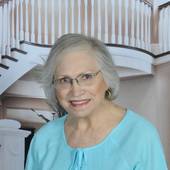 ActiveRain Community over 7 years ago
bookmark_border
DOES THIS REALTOR MEDITATE? YOU BET SHE DOES.
View more Recent Posts   arrow_forwards