U.S. house prices have plunged by nearly a third since 2006, and homeownership rates are falling at the fastest pace since the Great Depression.

The good news? Two key measures now suggest it’s an excellent time to buy a house, either to live in for the long term or for investment income (but not for a quick flip). First, the nation’s ratio of house prices to yearly rents is nearly restored to its prebubble average. Second, when mortgage rates are taken into consideration, houses are the most affordable they have been in decades.

Two of the silliest mantras during the real-estate bubble were that a house is the best investment you will ever make and that a renter “throws money down the drain.” Whether buying is a better deal than renting isn’t a stagnant fact but a changing condition that depends on the relationship between prices and rents, the cost of financing and other factors.

But the math is turning in buyers’ favor. Stock-oriented folks can think of a house’s price/rent ratio as akin to a stock’s price/earnings ratio, in that it compares the cost of an asset with the money the asset is capable of generating. For investors, a lower ratio suggests more income for the price. For prospective homeowners, a lower ratio makes owning more attractive than renting, all else equal.

Nationwide, the ratio of home prices to yearly rents is 11.3, down from 18.5 at the peak of the bubble, according to Moody’s Analytics. The average from 1989 to 2003 was about 10, so valuations aren’t quite back to normal.

But for most home buyers, mortgage rates are a key determinant of their total costs. Rates are so low now that houses in many markets look like bargains, even if price/rent ratios aren’t hitting new lows. The 30-year mortgage rate rose to 4.12% this week from a record low of 3.94% last week, Freddie Mac said Thursday. (The rates assume 0.8% in prepaid interest, or “points.”) The latest rate is still less than half the average since 1971.

As a result, house payments are more affordable than they have been in decades. The National Association of Realtors Housing Affordability Index hit 183.7 in August, near its record high in data going back to 1970. The index’s historic average is roughly 120. A reading of 100 would mean that a median-income family with a 20% down payment can afford a mortgage on a median-price home. So today’s buyers can afford handsome houses—but prudent ones might opt for moderate houses with skimpy payments.

For example, the median home in the greater Phoenix market, including houses, condos and co-ops, costs $121,700, according to Zillow.com. With a 20% down payment and a 4.12% mortgage rate, a buyer’s monthly payment would be about $470. Rent for a comparable house would be more than $1,100 a month, according to data provided by Zillow.com.

Of course, all of this assumes mortgages are available—no given now that lending standards have tightened. But long-term data on down payments and credit scores suggest conditions are more normal than many buyers think, according to Stan Humphries, chief economist at Zillow. “If you have good credit, a job and a down payment, you can get a mortgage,” Mr. Humphries says. “There’s more paperwork and scrutiny than five years ago, but things are pretty much like they were in the ’80s and ’90s.”

Not all housing markets are bargains. Mr. Humphries says Zillow has developed a new price/rent ratio that uses estimates for each individual property rather than city medians, to better reflect the choices facing typical buyers. A fresh look at the numbers suggests Detroit and Miami are plenty cheap for buyers, with price/rent ratios of 5.6 and 7.7, respectively. New York and San Francisco are more expensive, with ratios of 17.6 and 17.2, respectively. The median ratio for 169 markets is 10.7.

For investors seeking income, one back-of-the-envelope way of seeing how these numbers stack up against yields for other assets is to divide 1 by the price/rent ratio, resulting in a rent “yield.” The median market’s rent yield is 9.3% and Detroit’s is 17.9%.

Investors would then subtract for taxes, insurance, upkeep and other expenses—costs that vary widely. But suppose total costs were 4% of the purchase price. That would still leave a 5.3% rent yield in the typical market. With the 10-year Treasury yield at 2.2% and the Standard & Poor’s 500-stock index carrying a dividend yield of 2.1%, rents for residential housing in many markets look attractive.

A few caveats are in order. First, not all transactions are average ones. Even in low-priced markets, buyers should shop carefully. Second, prices could fall further. Celia Chen, a senior director at Moody’s Analytics, expects prices to drop 3% before bottoming early next year and rising slowly thereafter. “If the economy slips back into recession, however, we could easily see a 10% drop,” Ms. Chen says.

And property “flipping” can be dangerous even when prices are rising. That is because, absent a real-estate boom, house price gains simply aren’t that exciting. Research by Yale economist Robert Shiller suggests houses more or less track the rate of inflation over long time periods.

Houses aren’t the magic wealth creators they were made out to be during the bubble. But when prices are low, loans are cheap and plump investment yields are scarce, buyers should jump. 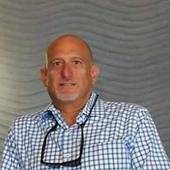 Start your search for homes in NC